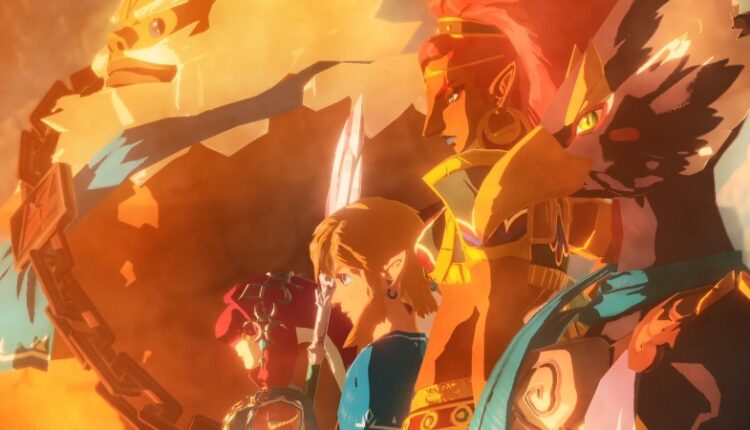 
For many, The Legend of Zelda: Breath of the Wild was a revelation. Nintendo smartly rethought old conventions and delivered an adventure that felt new while holding true to the spirit of the series. I put almost 200 hours into Nintendo’s open-world epic, and after I’d put the controller down for the last time, I was hungry for even more. Hyrule Warriors: Age of Calamity delivers that “even more” while we wait for the true sequel. It’s far from a revelation, but it is an adequate diversion.

Like the original Hyrule Warriors from 2014, Age of Calamity relies heavily on developer Omega Force’s Dynasty Warriors formula. Link and his fellow Hyruleans drop into sprawling battlefields and carve their way through armies of hundreds as they take over enemy encampments and ultimately turn the tide of war. The action is a bit monotonous, and I completed several combat encounters by spamming the basic attack button. Occasionally, I would throw a heavy attack in the mix just to change it up, but that was rarely necessary.

Age of Calamity gets more interesting once you encounter a squad leader. Unlike enemy grunts who fade to dust after three or four hits, leaders have health bars and require a bit more strategy. Link is equipped with a Sheikah Slate that lets him unleash a series of Rune attacks similar to Breath of the Wild. For example, you can freeze enemies with a stasis ability, and then slash at them with your sword. Alternatively, you can shield yourself from powerful attacks with giant blocks of ice. These Rune powers shake-up Hyrule Warriors’ otherwise stale combat. Moreover, some enemies are especially susceptible to Link’s Rune abilities, so if you time your strikes, you can set them up for a quick finish. I especially loved tossing a bomb in an enemy’s face as they were winding up for a big attack.

Link is a well-rounded hero, but he is joined but some equally capable allies. During your journey, you unlock additional playable characters, such as the Ninja-like Impa and all four Divine Beast champions featured in Breath of the Wild. All of these heroes perform largely the same, but they have one or two special abilities that set them apart. I enjoyed chaining together electric attacks as Urbosa, and lobbing explosive chunks of magma across the battlefield as Daruk the Goron. On missions where you have multiple heroes on the battlefield, you can freely swap between them and even issue commands to your allies. While I appreciated being able to tell my heroes where to direct their efforts, the game doesn’t make use of this feature in a meaningful way. I never felt encouraged to think about hero positioning or strategy, which feels like a missed opportunity.

Between battles, Link and his crew return to a Sheikah tower where they are presented with a map of Hyrule. This is the same map from Breath of the Wild, which is a nice touch. During this downtime, you can upgrade your weapons, buy items, or complete side missions. These quests are incredibly simple – almost trivial – and often have you delivering various resources to people across Hyrule. Completing these quests isn’t very satisfying, but it opens up new shops and sometimes unlocks new combos for your characters so it feels worth taking a few extra minutes to clean them off the map. These side missions offer a needed break from Hyrule Warriors’ action, but the missions are so shallow they don’t add anything noteworthy.

Hyrule Warriors: Age of Calamity looks a lot like Breath of the Wild, but it lacks the exploration and puzzle-solving elements that define the mainline Legend of Zelda series. Age of Calamity may not resemble a traditional Zelda game, but it’s not a bad time. The action is repetitive, but also relaxed and comfortable. It trades on your love for Nintendo’s classic franchise, and I was happy for the excuse to return to this version of Hyrule. I still feel like I’m chasing Breath of the Wild’s high, and Age of Calamity is a small solace.

Bungie Dev Teases Next Destiny 2 State Of Play, “2021 Is Going To Be Different”