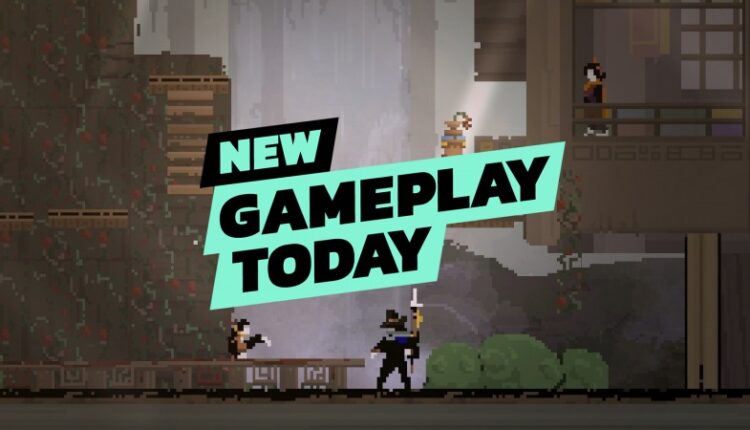 
Olija is a 2D action game that follows the quest of Faraday, a ship-wrecked lord on a journey to find his lost crewmates with the help of a magical harpoon. The game’s story unfolds in the mysterious lands of Terraphage, which are fully realized through the game’s atmospheric environments and stylized pixel art. Lord Faraday’s moveset revolves around melee-focused combat and is enhanced by his ability teleport around a level by throwing his cursed harpoon and warping to its location.

Join by Join Jeff Cork, Marcus Stewart, and myself for another episode of New Gameplay Today and you’ll understand why Olija easily fits in with the rest of Devolver Digital’s impressive publishing catalog. If you enjoyed this early glimpse at the gameplay of Olija, be sure to subscribe to our YouTube channel and watch previous episodes of New Gameplay Today, a show wherein Game Informer’s Jeff Cork and a group of rotating editors take a look at new and upcoming video game releases.