Bravely Default II: Important Things To Know Before You Play 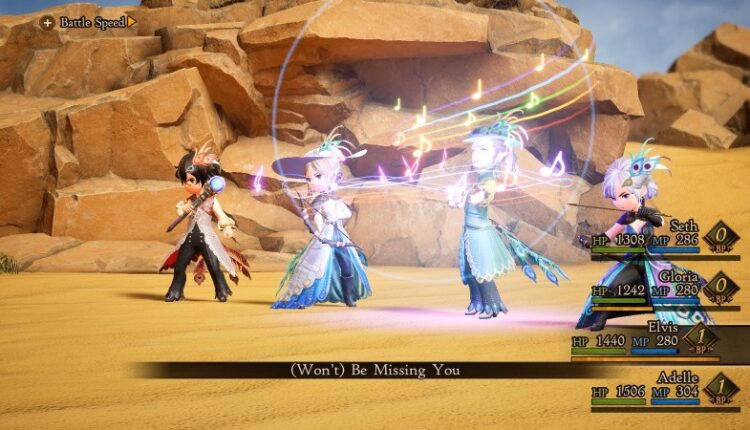 
Bravely Default II arrives this month, so let’s take a dive into the upcoming turn-based grind-heavy JRPG. Digging into the game’s opening hours reveals many similar aspects to the “modern” take on the classic template, much like other games in the franchise and Octopath Traveler. Looking for more? Our review lands later this month.

First, the game’s dungeon structure is formulaic but fun. Once you have it down, you’ll really never question about where you are at in terms of progressing through the many, many dungeons. Essentially, the structure is warp point (a quick teleport back to the start of a dungeon in order to use a tent, heal up, save, etc), and then a further warp point later in the dungeon next to a save point. This means the boss is ahead. In Bravely Default II, you want to be saving at every possible checkpoint you see like this, because the bosses can represent an extremely large difficulty spike that may require you to readjust your classes, gear, and skills before going into battle.

What I’ve been enjoying especially about Bravely Default II so far in the first few chapters is open-world exploration. Each major chunk of the game hinges on a major city and many outlying areas and dungeons. In the open world, you can wander around, find chests dotted around the landscape, chop down grass for sometimes-incredible loot (I found some areas’ awesome, best-in-slot gear this way), and even wander into rare monsters. You also need to be cautious when traveling the open world. If you see a suspicious land mass that doesn’t have any dungeons or anything on it, and there’s a conspicuous strip of land, peninsula, or nook, be extremely careful approaching any enemies nearby. They may be an elite rare monster. These creatures often represent an absurd power spike relative to the areas they are in, much harder than the area bosses, and can wipe out your crew in a single attack. These monsters give you reasons to come back to areas you’ve conquered to continue investigation. In fact, Bravely Default II rewards you for backtracking early and often, offering new quests in past areas and fast travel between capital cities. So go explore! It’s fun! Just be careful.

Alternate dungeons are littered around the landscape as well, and some have big secrets to discover. You can and should use these areas to level up and grind while you work on job combos to handle big bosses. Main story bosses are mandatory to continue your progress, but you don’t need to just grind on every bug, goblin, and ogre outside. Plenty of internal areas tucked away in the landscape let you pull out your dungeon-crawling lantern and look around. The enemies are likely tougher than outside, but you can find all kinds of excellent gear and even permanent stat-boosting items.

This is a game you’re going to be doing a considerable amount of grinding in, and you will be swapping around your job abilities to make that happen. In Bravely Default II, you can utilize monster bait to make your grinding more efficient and less time consuming. Are you going to be slaughtering insects en masse in the forest? How about taking on demons in a temple? Humans in a sewer? Whatever major enemy type you’re up against, there’s an associated bait food you can activate to make sure wave after wave of them will show up, one right after another. What does this do? Not only does it give you the experience, gold, job points and loot that the battles would give packed into one battle, it provides a nice multiplier to your job experience. You can stack this with area-of-effect skills and a job perk that you can obtain early in the game to become an experience and loot lawnmower, ready to gobble up foes and some essential extra padding for boss encounters. Turn your battle speed up to max, get your actions set up, and plow through battles rapidly for a big payout. You can’t turn the battles off in Bravely Default II, but weaker enemies will run away from you on sight, so you will only rarely have to fight if you’re not interested once you are high level for an area. You can catch them easily, so this doesn’t impact mass farming.

Over the course of the game, you will find many different “asterisks” which let your characters become new jobs. Passive job skills you unlock can be transferred around between jobs, and this is where your creativity and breaking the game skills come in. While I can’t talk about them today, there are all kinds of ways to create incredibly powerful combinations. That’s good, because bosses can have strong defenses and incredible attacks, you won’t be able to get through tough fights by just defaulting and using moves. Having a coordinated build to take on areas and bosses is key, and the game is good at delivering the tools for you to handle them. Be sure to do sidequests and explore if you’re feeling completely dominated in a area, and yes, throw on some monster bait and grind it out!

Bravely Default taps into that old-school turn-based JRPG well that we’ve seen recently with Octopath Traveler, and will likely make players craving that nostalgia blast happy when it arrives later this month. Look for our full review closer to release!

Pokémon World Championships Postponed To 2022 Due To COVID-19 Concerns