Somebody Recreated Pokémon In Spore And It’s Terrifyingly Hilarious 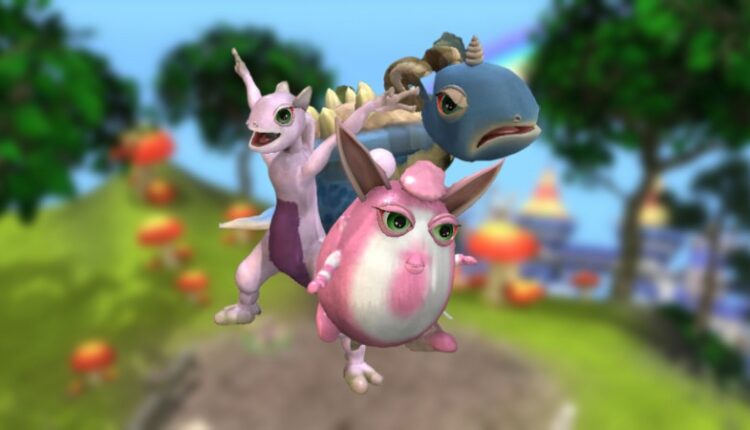 
Just because you can do something doesn’t mean you should, but that didn’t stop one Spore player from playing a messed up version of god anyway by recreating Pokémon in terrifying detail. While not exact replicas by any stretch, the Pokémon-ified Spore creations are just too horrifyingly perfect to keep to ourselves.

Spore is an adorable open-world game that basically lets players live out their godlike fantasies by creating entire universes for some single-player fun. With great power comes great responsibility and apparently great meme-ability, because that’s what one player did when they attempted to bring that “gotta catch ’em all” energy into the world of Spore.

You can see a few of my favorite ones in the slideshow above, but this person created almost 50 in total. Some of them, I’m not going to lie, are pure nightmare material. Others actually look the part if you close one eye and squint the other.

As our own Brian Shea mentioned, that’s no longer Jigglypuff up there. There is no Jiggly in this world of pain, instead, Wigglypuff is here to wreck your world. Some of them are pretty cute though. While Eevee still looks off, at least that is recognizable. Some of them…some of them are more disconcerting than familiar.

What do you think about the recreation of Pokémon in the world of Spore? Do you think you could have done better? Sound off with your thoughts in the comment section below. And, uh, if you have nightmares tonight: Sorry! And it’s not our fault. We love you.

What more Pokémon goodness in your life with the 25th anniversary this past weekend? You can celebrate even after the fact with the newly announced anniversary album featuring Post Malone, Katy Perry, and more with our previous coverage right here.