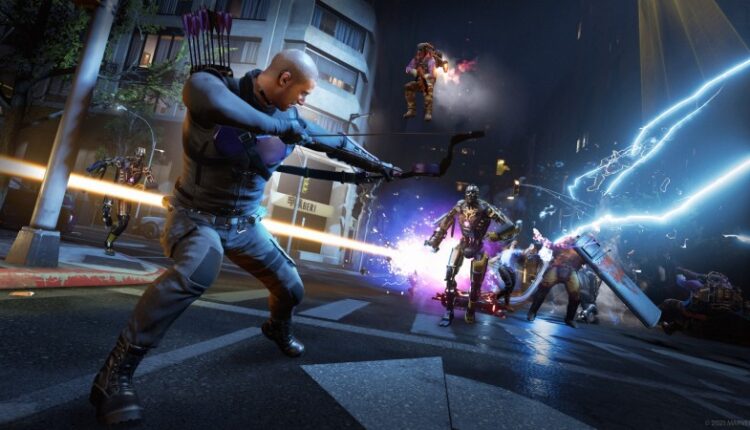 
When Marvel’s Avengers launched, we praised the campaign, which delivered fun stages connecting an exciting narrative, but with lackluster and repetitive post-game content, it’s disappointing to not be able to replay the campaign. Thankfully, developer Crystal Dynamics has revealed that the 1.5 patch, which also introduces Hawkeye and coincides with the PlayStation 5 and Xbox Series X launch, will finally give players that ability.

The announcement came during today’s developer stream, where Crystal Dynamics community manager/social media manager Andy Wong and narrative designer/writer Hannah MacLeod played parts of the Reassemble campaign. To kick off the stream, Wong introduced a big graphic (which you can see below), which includes all the major updates coming in the 1.5 patch on March 18. “This is something we’ve been seeing over and over again on Twitter and socials and everything: ‘Can we replay the campaign? Can we replay the campaign?,'” Wong said on the stream. “You can on the 18th! You will keep everything you have. You keep XP, your gear, and everything, but you can replay the campaign from start to finish.” 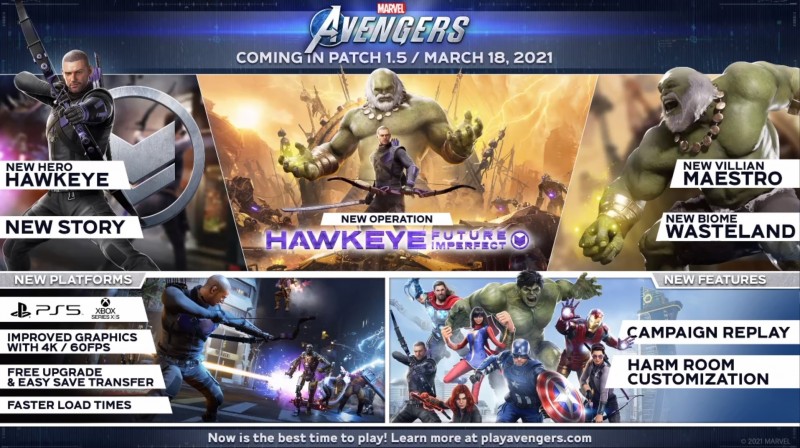 To access the campaign replay, you go to the Operation Database in the menu, select “Part 1: Reassemble,” then hold either Square or X depending on which platform you’re on to reset your campaign’s progress. The game gives you a warning message saying that all your progress will be lost, and that if you haven’t completed the campaign, it may affect your overall experience. It also says that non-Reassemble mission progress will not be reset, and that character progress and inventory items for all heroes is unaffected by the move.

As you can see in the image above, the 1.5 patch is a big one. It not only includes new playable hero Hawkeye along with his Operation: Future Imperfect story, as well as its Wasteland biome and villain Maestro, but also the aforementioned campaign replay and the H.A.R.M. Room customization. Additionally, March 18 marks the release of the PlayStation 5 and Xbox Series X/S version of Marvel’s Avengers, which offers a free upgrade for existing owners, better graphics with 4K resolution at 60 frames-per-second performance, faster load times, and save transfer.

For more on Hawkeye and his story, be sure to check out the rundown of his abilities and the narrative surrounding his Operation here. Marvel’s Avengers Patch 1.5, as well as the new-gen version of the game, is available on March 18.