Four Things We Want From Call Of Duty: Warzone In Year Two 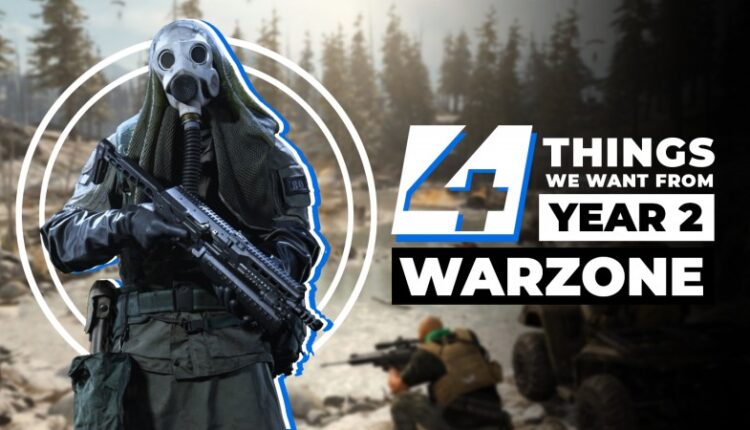 
Let’s get the easy one out of the way, shall we? Whether it’s PUBG, Apex, or Fortnite, all of the most successful battle royales have released new sprawling battlefields for their players to revel in. As much as I love Verdansk, outside of Downtown, it’s time for Activision’s battle royale to follow suit more extremely than Rebirth Island’s release.

A fresh map would give Raven Software a chance to refresh the meta and allow players to feel the rush of running upon an unsuspecting squad in a new environment. When I skydive out of the plane at the beginning of a match in Verdansk, I know I’m going to Storage Town, Military Base, or one of the Promenades.

Let us explore an unfamiliar terrain and conquer a whole new world of Warzone. Achieving victory in Bog, Jungle, or one of the classic COD maps still missing from MW/Black Ops Cold War would be a way to lace nostalgia into a formula that is ripe for water-cooler moments. Additionally, the talented team at Activision would have the opportunity to swap out the rather drab browns and oranges of Verdansk for a more vibrant color palette. With a new map for players to get hyped around, Warzone would have no trouble amassing new hype levels and continuing its reign as one of the most popular games in the medium. Here’s hoping they’d also include an amazing in-game event like the Black Ops Cold War reveal.