Cobra Commander And G.I. Joe Come To World Of Tanks 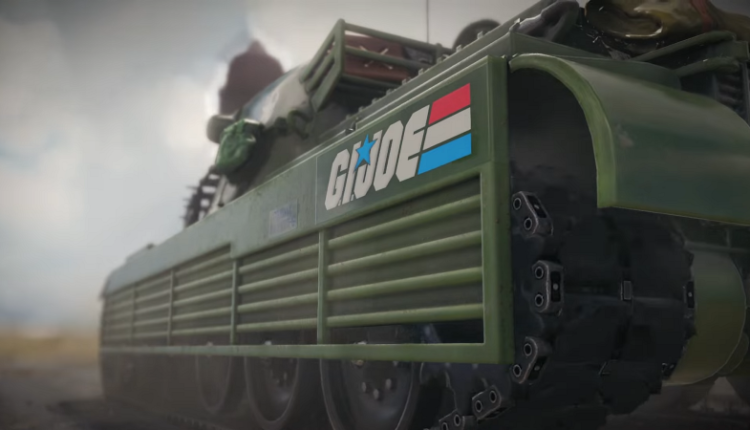 
Cobra Commander and Duke from the G.I. Joe franchise are coming to World of Tanks today. In addition to two new 3D styles for the TS-5 and the T-54, World of Tanks is offering themed missions, decals, and emblems. This crossover also includes a promotion through Amazon’s Prime Gaming, which will offer two unique crew commanders for players beginning March 18. Check out the trailer!

The Wargaming brand is no stranger to crossovers, with all kinds of bizarre things making the shift to worlds at war, including anime and Transformers lately, so G.I. Joe actually fits the battle brand even better than some of its other recent splashes. The new G.I. Joe Breakthrough Tank and the Cobra Battle Operational Assault adds two new vehicles to the game that fit the universe, based on the TS-5 and the T-54. Nostalgia has been a particularly strong go-to for many brands as of late, as they tap into those childhood vibes from the 80s and 90s with classic cartoons, characters, and flavor. Hey, what’s better than aiming some artillery with Cobra Commander?

“For years, the characters of G.I. JOE have captured the playtime of an entire generation as they recreated epic battles with toys and imagination,” says publishing director Max Chuvalov. “Now that generation is grown, and there is no better way for them to revisit the joy of G.I. JOE than in World of Tanks! It really is a perfect combination, and we are happy to deliver it!”

Are you playing any of the free-to-play Wargaming titles? My personal favorite right now is World of Warships, where there’s something really satisfying about landing torpedoes, but I know that the World of Tanks is the choice for many who are looking to fire some heavy shells at opponents across a big chunk of land. Have you ever tried any of them? Why or why not? Let us know in the comments!

How Does Rust Perform On Consoles? Find Out In These Extended Gameplay Videos