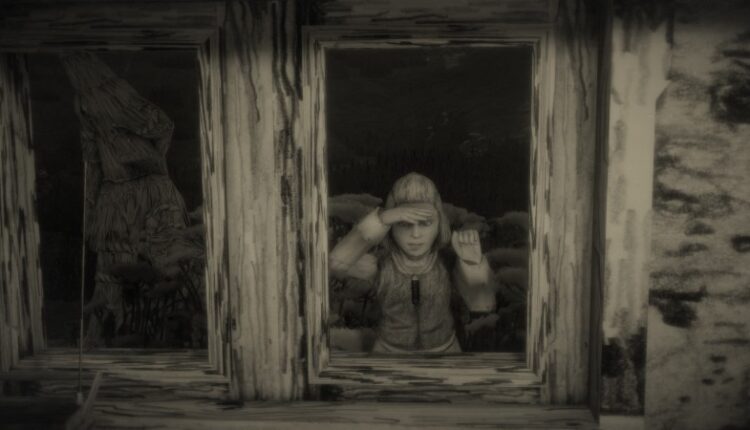 
Mundaun observes some of the best, well-worn elements of the horror genre – a creepy setting, an emphasis on inventory management, and plenty of puzzle-solving – and sketches them onto a living notebook for players to both admire and grimace at. Because of this, the game doesn’t do too much to differentiate it from its horror contemporaries nor does it entirely replicate the fun of those mechanics. But like admiring the rough sketch of a still image, I find myself enjoying the finished product despite its rough edges. Mundaun serves as a respectable descent into madness that provides its fair share of disturbing moments.

The narrative takes players on an unsettling journey through a cursed version of the real-life Swiss village of the same name. As the grandson of a retired soldier, you return to the small mountain town to learn the cause of your grandfather’s mysterious demise and get more than you bargained for thanks to the presence of a malevolent entity.

Much the adventure is spent finding keys to unlock doors and solving generally solid environmental puzzles. None of the obstacles present any real challenge, and the game walks you through some objectives, but they at least come in many different shapes and sizes. One puzzle tasks the player with creating the right symbols on a series of wheels to open a gate while another has players hitting hanging meat slabs to form the correct sequence of musical notes (somehow). Most problems simply involve finding the right tool for the right job but navigating the clunky inventory menu is a pain. Saving progress also requires a degree of babysitting. The game doesn’t auto-save as regularly as you’d expect, so, unless you’re manually saving regularly, you can easily lose 15 to 20 minutes of progress when you die, which can put a damper on things.

Mundaun’s setting serves as a semi-open hub where players gradually make their way up the summit of a mountain, either by foot or by driving a somewhat unwieldy hay-collecting truck. I enjoyed exploring the charcoal tinted world and uncovering lore-building notes and clues. Mundaun also rewards thorough exploration with upgrades to its three character branches: health, gun-handling, and fear resistance. Things are generally fine during the day, but exploring at night brings out a limited selection of enemies that players can avoid or (eventually) confront. I recommend sticking to stealth as gunplay isn’t great and warding away spirits using a special lantern feels less effective than it should. Thankfully, confrontation is completely optional; you can complete Mundaun without hurting a soul.

Mundaun’s pencil-drawn art style gives the game a unique and effective visual identity. The experience is best described as a creepy sketchbook come to life, with rough charcoal strokes and scratches that look cool and lend Mundaun an eerie atmosphere. Everything just looks “off,” and I regularly found my hairs rising when I stared at a weird-looking face or creepy photo for too long. The visuals are enhanced by the stilted animations, which actually work in the game’s favor. These rough-drawn characters don’t look like they were designed with fluidity in mind, so the choppy animation adds to their “living artwork” quality.

The forboding atmosphere succeeded in keeping me on edge; I only encountered a couple of big jump scares, but they work because they aren’t overused. I found the mystery engaging enough to pull me forward, and the story is more straightforward than I expected. That isn’t necessarily a bad thing; sometimes it’s easier to appreciate the creepy moments when you aren’t trying to unravel a convoluted mystery. Players can steer the narrative to some degree with a small handful of choice-driven dialogue options during the game’s second half. They don’t hurt the narrative, but the choices are boilerplate and feel tacked on.

With a creepy vibe, solid gameplay, and intriguing narrative, Mundaun is a good time even if it won’t blow away horror veterans. It’s worth checking out if you’re looking to experience a few good scares and to see its wicked art direction in motion. Much like its aesthetic, Mundaun winds up being a rough but respectable depiction of some of the best horror games in the genre.

Someone Recreated “That Song” From WandaVision In Animal Crossing: New Horizons And It’s Fantastic