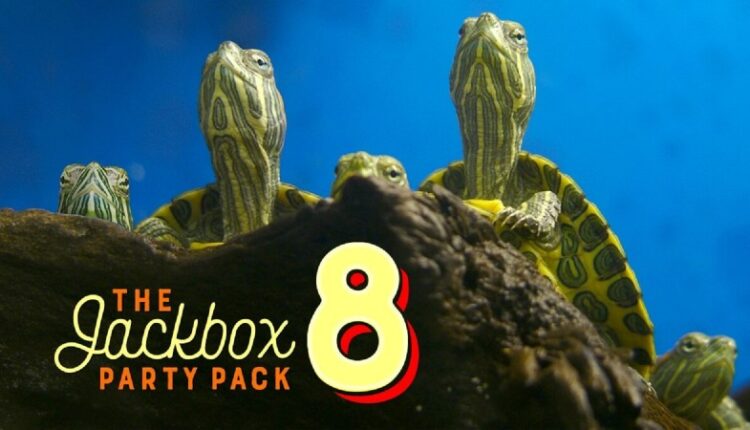 
Are you finally getting tired of some of Jackbox Party Pack 7’s games? No? Yeah, me neither. But just in case you were, the next chapter of party packing is on the way, as Jackbox Party Pack 8 has been announced for this fall. There’s absolutely no indication of what kind of games are going to be rolling out with this pack, but there has been a large amount of turtles shown in all of the teaser materials and imagery. So… there might be a game in this pack about turtles. I like turtles.

Like other Jackbox Party Pack offerings, this upcoming edition will include five different games to play. As with all Jackbox titles, there are sure to be some standout games with this one, and probably some less than epic diversions as well that will fall by the wayside as things like Quiplash or Trivia Murder Party have stolen the stage in previous games. Jackbox games are incredibly easy to dive into, all you need is a phone or a browser window to jump in to play with your friends (or other random people, provided you gave the game code!).

With COVID-19 always involved in any conversation about, well, anything that’s happening in our current reality, Jackbox is a solid way to get your social time in with your gaming crew alongside other titles like Fall Guys, Among Us, or Valheim. Yep. I just called Valheim a social game. Also Trivia Murder Party is the best game you can play in any of the Jackbox Games right now so you should probably set up one or ten of those game sessions.

The first game announcement for this party pack is likely to occur before the end of may. Is the language used by Jackbox here a hint? Are we getting a duck-related game with the next title? “We’re already at work on it, but we like to have all our ducks in a row before we commit,” states the official Jackbox site. “When it’s ready, as with all of our game announcements, we’ll share the news on our social media channels and our livestreams.”

What’s your favorite Jackbox Party Pack game? Are you playing any of them now? Do you wish that we could break the cycle with one unified Jackbox Party Pack hub instead of tons and tons of numbered releases? Let us know in the comments!

Are The Devotion Creators Working On An Action Game?