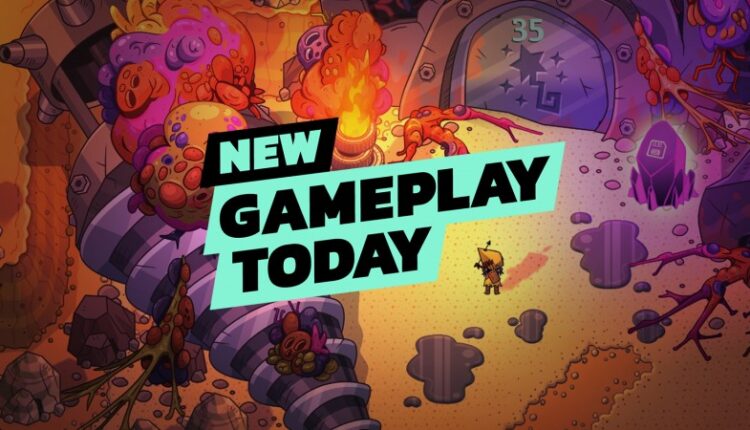 
If you love Metroid style games, then you’re probably already familiar with Drinkbox and its work on the Guacamelee! series. That studio just announced a brand new game, set in a completely different universe. This time, however, the studio is taking inspirations from games like The Legend of Zelda and Diablo. Thankfully, this new game look just as silly and full of whimsy as anything Drinkbox has done in the past.

In this wacky universe of Nobody Saves The World, you play a nondescript character named Nobody (Get it!) who has been tasked with saving the world. Unfortunately, Nobody is a boring husk with no discernible talents, so defeating even a single monster could prove a bit challenging. Thankfully, Nobody soon acquires a magic wand that allows him to transform into various classes, such as the standard Ranger, Rogue, and Magician. But remember when we said the game was a little absurd? Well, you can also unlock classes like Mermaid, Horse, and Egg. Throughout your adventure, Nobody will battle their way through a series of procedurally-generated dungeons as they unlock new hero classes.

In this episode of New Gameplay Today we take a look at the Rat, Magician, and Ranger classes, talk about some of their various abilities, and discuss how players will eventually be able to mix-and-match skills between hero types.

Nobody Saves The World is set for a release sometime later this year for the Xbox Series X/S, Xbox One, and PC.

Loot River Is A Roguelike That Tests Your Spatial Block Tactics