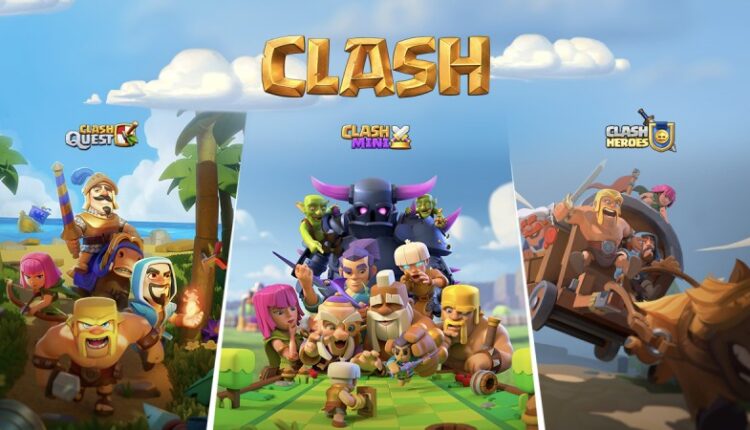 
Supercell, the creator of the wildly popular Clash of Clans and Clash Royale mobile games, today announced three new games are in development at the studio. All of these upcoming titles share the “Clash” name and characters, but are wildly different in design. Supercell says all of these are early in development, yet wanted to give fans a look at what is next for this beloved brand.

The first game announced is called Clash Quest, a tactical experience against A.I. controlled enemies. The player must strategize against what defenses are in play, and pick the right mix of Clash characters to handle the threat. These characters function much like their Clash Royale counterparts, such as the Prince dashing forward, but are divided up into rows, which brings an entirely different strategy, as you will want to link the same units in different rows to create chain attacks. If you run out of units, it’s game over. If the enemy falls, you win and move on to the next battle.

As you progress, you’ll unlock new unit types, such as the bomber. One new touch is that you’ll also earn different items and weapons for these characters over time. While it appears most of the unlockable characters are from other Clash games, the bosses and villains that you battle against are entirely new to the Clash universe. Some of these adversaries tower over the battlefield.

The second game is called Clash Mini, which Supercell says is boardgame-like in design. True to that comparison, two-players compete by dropping figures (called “miniatures”) on a board at the same time on different boxes on a 5×4 grid. At that point, the A.I. takes over and the miniatures take off in a dash. If they run into each other, a battle ensues. If not, they run uncontested to the other side. Clash Mini is described by Supercell as a casual strategy game that offers quick head-to-head sessions.

You’ll finally take complete control of the Clash characters in the third upcoming game, Clash Heroes. This top-down action game looks similar in design to Diablo or Gauntlet, in that the player is often surrounded by hordes of enemies. You’ll also see the Goblin huts from Clash Royale spitting out an unlimited number of enemies until they are fully destroyed. Weapons and armor will drop to give the familiar cast new looks.

Again, no release dates were given for any of these games, but it is great to see Supercell keeping this popular gaming brand alive and well.