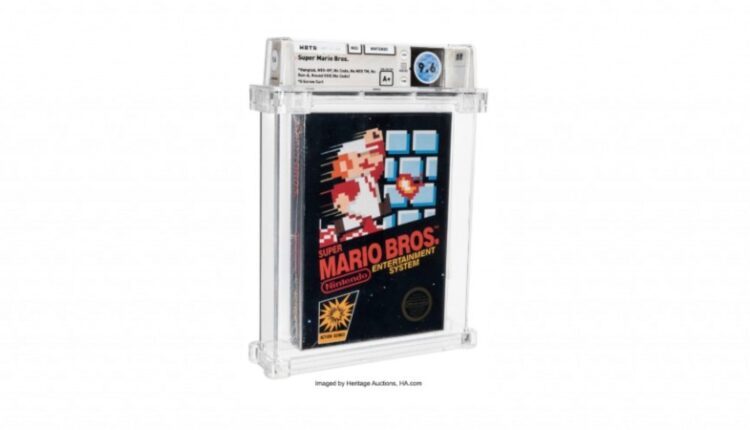 
So you like Super Mario Bros., eh? Do you like it for $660,000, because there are collectors that sure do. A sealed copy of Super Mario Bros. just broke the world record for the most expensive title ever sold, selling for the impressive amount mentioned above.

Game History’s Kelsey Lewin took to Twitter to share this expensive feat, heralding in the most expensive game sold to this date:

The first $1 million dollar game is just around the corner. I’ve been too afraid to look back at Pink Gorilla’s inventory history to see how much money we’ve sold sealed things for in the past, but I remember a Pokémon Red for $400 🥲

This isn’t the first time Super Mario has made headlines regarding auction prices, including a super-rare variant for Super Mario Bros. 3 that sold for just over $156,000.

There are numerous factors that play a role in the value of certain games. According to Heritage Auctions:

Not only is this the finest plastic-sealed copy with a perforated cardboard hangtab we’ve ever offered of any black box title, it is also the oldest sealed copy of Super Mario Bros. we’ve ever had the opportunity to offer. This is only the fourth version of Super Mario Bros. ever produced, and its window of production was remarkably short. Just to paint a better picture of how short this really was — the nationwide release for the console came in mid to late 1986, and black box games distributed for that release did not have the “Game Pak NES-GP” code. It’s worth mentioning that Nintendo managed to add the trademark symbol to the Nintendo Entertainment System on their game boxes by the beginning of 1987. That certainly doesn’t leave much time at all for this variant to be produced in-between the two!

As Lewin mentions, it’s not so far-fetched to think that we’ll see a million dollar game sale in the future, maybe even sooner than we think. With the pivot towards a digital future, physical media is becoming rarer and rarer. The further back into previous generations, the higher the demand, so it will be interesting to see how the auction scene evolves following its most recent monetary success.

What do you think? Would you shell out that much money (assuming you have it. I couldn’t even imagine that much, personally) for a sealed copy of an older game? Do you think it’s cool to see how the demand fluctuates, or do you think the whole thing is ridiculous? Sound off with your thoughts in the comment section below!

Outriders Servers Down, Reported Issues For PlayStation, Xbox, And PC