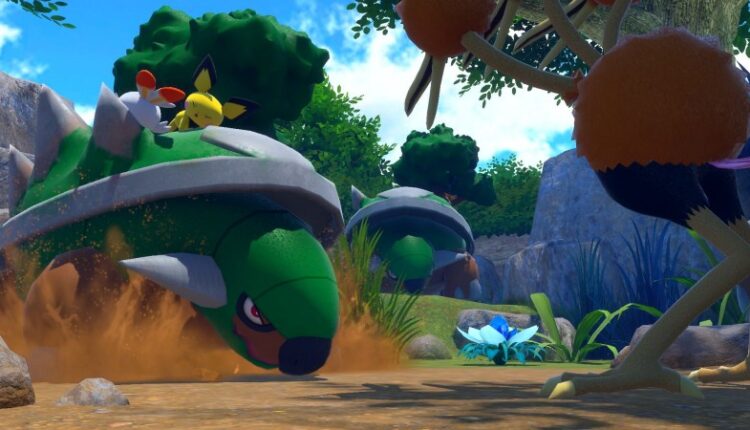 
More than two decades removed from Pokémon Snap’s debut on Nintendo 64, this unique gaming experience is finally back. New Pokémon Snap effectively carries on the spirit of the original game, tasking you to get the best possible photographs of Pokémon as you travel through environments on a rail line. And while it delivers all the excitement of nabbing the perfect snapshot, like any photography adventure, it’s not without a few undeveloped negatives.

New Pokémon Snap has players assisting Professor Mirror in his research of the Lental region, a diverse area of the world featuring foggy forests, bustling beaches, and more. However, instead of helping the professor by catching and battling the monsters, you use your photography skills to capture them in a different sense of the word.

As you phase into any given level, you’re immediately surrounded by critters to frame up in the lens. With intuitive controls to photograph and interact with Pokémon at your disposal, speed is of the essence, as the Pokémon probably won’t stay in place for long. Whether it’s a Pikachu dashing along the shoreline or a Liepard lounging in the trees, you rarely have a shortage of potential subjects to observe and shoot. Seeing these Pokémon all around you from the first-person perspective is a wondrous experience, giving you an up-close-and-personal way to interact with the series’ beloved creatures.

New Pokémon Snap does a terrific job of balancing the Pokémon in the environment; I rarely felt bored or overwhelmed by the number of creatures I came across. Since you’re traveling through their habitats, not all of the Pokémon are interested in interacting with you. Thankfully, you have various tools at your disposal to draw their attention. Fluffruit nudges and lures Pokémon to a specific spot, a melody player encourages them to dance, your scanner reveals information about your surroundings, and Illumina orbs cause creatures and plants to glow. I loved trying to figure out which tool would evoke the reaction I want from the Pokémon I’m trying to shoot; one creature might have zero interest in dancing or eating, but an Illumina orb might give them a burst of energy, causing them to perform a signature move.

Even the most swivel-headed photographers are sure to miss plenty their first time through an environment. In my initial journey into a sea level, my jaw dropped at some of the interactions taking place between Pokémon, like when a Wingull swooped down and snagged a Finneon out of the water, and I missed my chance to document them. Thankfully, when you replay the levels (and you will plenty of times), you know what to expect the next time you make the trip. In that same session, I couldn’t figure out how to get the best response out of the darting Sharpedo, but I had plenty of other chances thanks to repeat playthroughs.

Traveling through the environments numerous times can begin toeing the line of tedium, but New Pokémon Snap doles out new opportunities, whether that’s variants of the same level, a new time of day, additional tools, or previously unseen areas. Traveling to the same stage during the night may as well be called a completely new stage due to just how distinct the opportunities are. A lot of species are nocturnal, and New Pokémon Snap capitalizes upon that through the different versions of the levels. 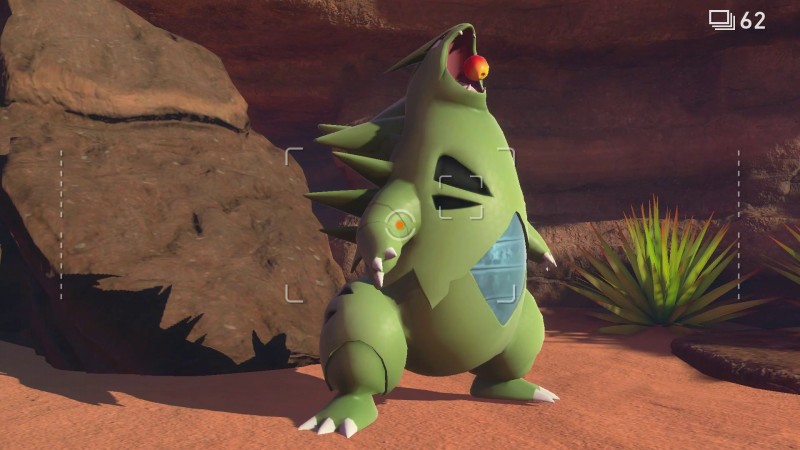 Even beyond day and night, New Pokémon Snap typically keeps the experience fresh within those same stages. Just as I was growing tired of shooting the same Pokémon on the seafloor, I was given a new tool that allowed me to solve a puzzle and open an entirely new route through the stage. Then, the new Pokémon I discovered on that alternate path gave me enough points to level up that area, creating additional opportunities and introducing even more Pokémon to observe. Unfortunately, if you’re struggling to figure out how to get the best portrait of a particular monster, riding through the entire stage to get to that point only to fail once again can be frustrating.

Once you complete a run, you go through all the pictures you took and select one of each Pokémon to show to Professor Mirror. After you choose the shots you think will further your research (you can also have the game auto-select if you’re in a hurry), it’s time to see what the professor thinks of your work. Your photos are graded based on pose, size, direction, composition, and other factors, then assigned a score that goes towards ranking up the level in which you took them.

Documenting the region’s diverse collection of monsters and filling your Photodex with more than 200 species is rewarding. Sadly, the grading system sometimes misses the mark, rewarding higher points to clearly inferior photos; my close-up shot of Wailord’s tail splashing was given more points than a straight-on portrait of its entire body simply because it was doing a unique pose. Similarly, my clear snap of Pikachu was given a lower score than one where it was partially obscured by a tree. Seeing how my new snaps stacked up against my previous best is one of the most satisfying elements of the game, so it’s disappointing when the grading system misfires.

As you build up your Photodex and help Professor Mirror with specific research requests, you unlock various rewards. I often disregarded the inconsequential Research Titles and Profile Icons, but I was always excited to unlock new filters to apply to shots that I saved to my photo albums.

While you can only submit your raw shots to Professor Mirror for Photodex consideration, New Pokémon Snap gives you the opportunity to “Re-Snap” anything in your camera. Using this nifty tool, you can reframe and readjust any picture you took, letting you correct any mistakes you made during hasty shoots. During one expedition, a Vivillon got just a little too close to me for it to be a great shot. However, using Re-Snap and the editing tools in the professor’s lab, I could adjust the zoom, tweak the framing, and apply filters and even stickers to complete the look. These edited images may be useless to Professor Mirror’s research, but they’re fun to create and share.

New Pokémon Snap delivers an experience similar to that of the original while expanding on the formula in ways that prolong the appeal of the expedition. In the two decades since the first game’s release, the Pokémon world has changed in innumerable ways, but the simple appeal of immersing yourself in this universe and taking pictures has remained unchanged.

This Valheim Mod Adds Necromancy Into The Game

Neo: The World Ends With You Review – A Catchy But Familiar Refrain

Pokémon Unite Review – A Thunder Shock To The System