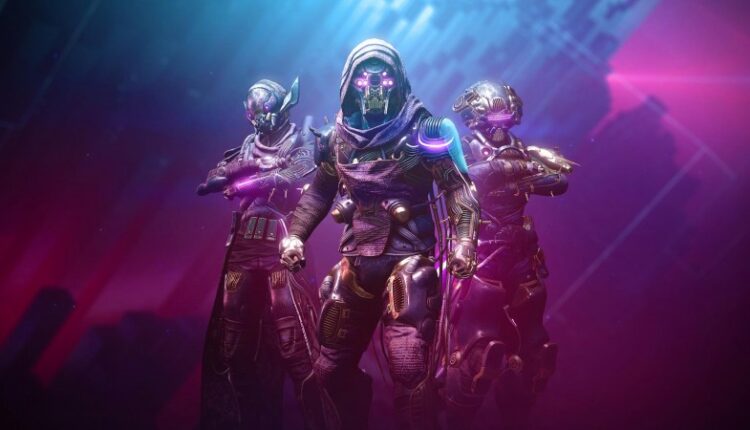 
Bungie officially revealed what’s next with Destiny 2: Season of the Splicer, including new gear, transmog, a new 6-player matchmaking activity, and heckin’ awesome class swords. What wasn’t initially apparent was that there is apparently a hidden code within the trailer, which is appropriate given that the entire scope of season 14 is hacking the Vex network.

The Season of the Splicer trailer had a lot to unpack (did you see those adorable Fallen babies?!) but it also included binary code that players noticed during certain frames. With each new frame, filled with vibrantly bright colors, came a new binary code and it didn’t take long before the Destiny community to get started on cracking the case.

Several edits later after a team effort to decode what the hidden message could mean, it was revealed to be a code (with huge help from the RaidSecrets discord) for a new themed emblem. The emblem is free and is pretty cool, with the code seen in the Reddit post above. I went to Bungie’s code redemption page to see if the code still worked, and it did! You can see it in my screenshot below:

The full banner version of the color scheme:

Players knew early on that it could possibly be an emblem when it was discovered that the code was nine characters long. It looks snazzy, the new Override event is all in this exact color scheme, something that Bungie told Game Informer earlier this month was inspired by “lofi vibes.”

One mystery down, a billion more to go. After the Forsaken DLC, Destiny 2 lore and the game’s story picked up momentum in a way that revitalized the player base immensely. I previously wrote about how Season of the Chosen was a massively positive pivot for the studio and indicative of good things to come, especially concerning that scene with Zavala and The Crow. For those interested, you can check out my deep dive here.

With the Vex now front and center once more and a shot that has reared up simulation speculation by about a thousand degrees, it will be interesting to see exactly where Season of the Splicer takes Guardians. If you missed the initial reveal, you can check out our earlier coverage to learn more.