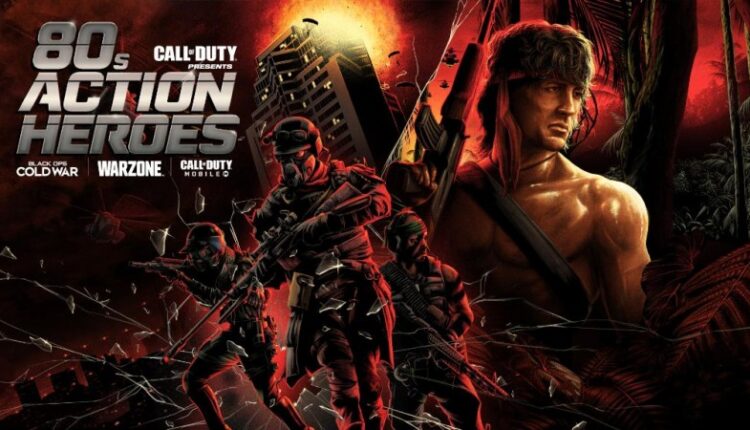 
Activision has confirmed that the earlier leaks and rumors (and hints on the studio’s side) regarding Call of Duty: Warzone getting the Die Hard and Rambo treatment are true. If you like action and have an affinity for cheesy 80s action, then Call of Duty’s battle royale component is the place you’ll want to be.

A few weeks ago, Activision began dropping random teasers about the latest mashup, teasing a player named SuvrivorJon#1009062. The community instantly was intrigued by what this could mean, and it didn’t take long before the code was cracked. One Twitter user, seen below, noted that the number sequence was directly tied to Rambo, and honestly? People are incredible:

First thing I did was google 552 kills, (since the og tweet emphasis that stat) and the first thing that popped up was JOHN Rambo’s kill count!

names match. Am I losing it or is this a Rambo in COD tease??? pic.twitter.com/MEKcuVEk2P

Not long after, another tease was dropped, but this time it was for a “player” by the name of Cowboymcclane#0070030. I feel like this one was a little easier to crack, given the references in Die Hard about that character being called a cowboy (and you can’t forget that famous line of “yippee kay yay”).

With more community fan theories that followed soon after, Activision has officially confirmed its 80s action heroes crossover for Call of Duty: Warzone, Black Ops Cold War, and Mobile. The fun kicks off on May 20:

Shortly after the initial confirmation, a trailer for the crossover was also shared:

It’s a weird one, but not entirely unexpected. Action icons paired with a shooter make for a good crossover, especially since Call of Duty continues to dominate the gaming charts as one of the most downloaded titles in recent months.

Thoughts on Rambo and Die Hard making it into Call of Duty? What other crossovers would you like to see? Sound off in the comment section below!