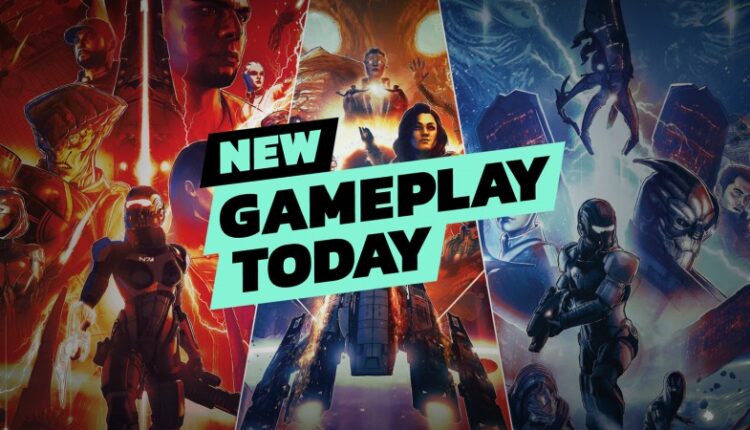 
The Mass Effect trilogy holds a special place in our hearts, and for good reason. Developer Bioware’s collection of games stand as some of the greatest western RPGs of all-time through their use of bombastic setpieces, memorable writing, and meaningful use of player choice.

Yet, since the original game’s release in 2007, there’s a whole new generation of players who’ve yet to experience the thrill of commanding the Normandy with your very own Spectre. That all changes on Friday as Bioware is releasing Mass Effect Legendary Edition, a collection of the original trilogy with the modern trappings of quality of life changes, updated textures and lighting, and the sweet speeds of 60 frames per second (Xbox Series X owners can even get to 120fps).

But now that we’ve gotten our hands on the game, how does it feel to be back with Garrus, Wrex, and the rest of the crew? Join us on this episode of New Gameplay Today to find out. Liana Ruppert and yours truly board the Normandy in the remastered version of the original Mass Effect and take you to an updated Eden Prime, where we get to see the graphical upgrades as we first meet the Geth and the evil Saren.

Later, we hop back on the ship to show off the small but meaningful changes Bioware implemented for the remaster. Finally, we round out our tour of the title with a trip to the Citadel to see how the galaxy’s bureaucrats are living now that they’re living in a visually updated world.

Mass Effect Legendary Edition releases on Friday, May 14, but if you simply can’t wait for more from Bioware’s seminal sci-fi series, be sure to check out Kimberley Wallace’s first impressions, Liana’s dive into why you should roll with FemShep, and our massive coverage hub from our cover story earlier this year (listed below). Thanks for watching!

Returnal Save Feature Being Investigated