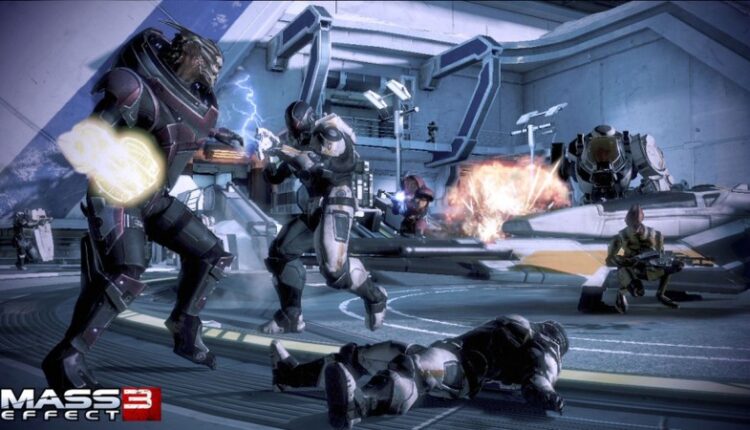 
Back in February, we sat down and talked with game director Mac Walters and environment director Kevin Meek to dive deep into the Mass Effect Legendary Edition. Among the many topics discussed was the decision to not include the Mass Effect 3 multiplayer in the remaster. With the Legendary Edition now out and so many raving about it, including myself and Kim Wallace (who is reviewing the remaster), Walters is now saying “never say never” when it comes to that cherished multiplayer component.

In a recent interview with CNET, Walters mentioned that he would be open to seeing multiplayer but that it really just depended on the reception of the Legendary Edition. “I would never say no to that,” Walters said when talking about bringing back multiplayer. “We want to see what kind of reception the Legendary Edition gets and what the demand for the multiplayer is. And then we’ll ask ourselves if we have the resources and time to bring it up to the quality level we and fans want.”

The multiplayer was fun. When BioWare first announced that Mass Effect 3 would have an online component with MP, the collective community groaned since this is such a single-player focused story. That being said, when it launched it was met with positive feedback and delight as players dove in as different races to just absolutely pwn. With all of the amazing work done with Mass Effect 1 in particular thanks to the remaster, excitement is high once more for this trilogy and there are so many newcomers learning what it means to be a part of the Normandy crew for the first time. To bring back the social aspect of the game would be incredible to see with a new generation of gaming now available with PS5 and Xbox Series X. Maybe this time, even crossplay?

But why wasn’t it in it in the first place? In a previous interview with Game Informer, Meek had this to say:

“I had all of these analogies early on to try to help people understand what this remaster is going to be about,” he said. “It’s one thing to take a 1982 Porsche that needs to be fully restored, but now I want you to imagine that it was actually buried in concrete. So you’ve got to chip away at all of that, and every time you go to try something it’s like ‘is this even going to work?’ Do I blow the engine turnover? You know, it’s just a lot of work. And I think people underestimate what it’s like to do this game, because – at every step – you are given an agonizing choice of ‘is this the thing that we want to spend our time on and really try to improve it’ and ‘where will this lead us down the road?'”

He added, “I feel strongly that we’ve chosen the things that are what the majority of our fans were most passionate about. On the topic of multiplayer, it was just really hard. Getting all of the online systems working and functionality would have been another large chunk to do but at the same time, there are a lot of other logistics involved. The economy is built completely differently. Then questions came up like, ‘Do we support it post-launch? What about people who are still playing multiplayer today? Do we try to find a way to somehow do crossplay between the PS3 and PS4?’ and it was a lot.”

To learn more about Mass Effect, check out our dedicated hub here, including exclusive interviews with the team, gameplay, and our review-in-progress.

Take A Look At Final Fantasy XIV: Endwalker In Action