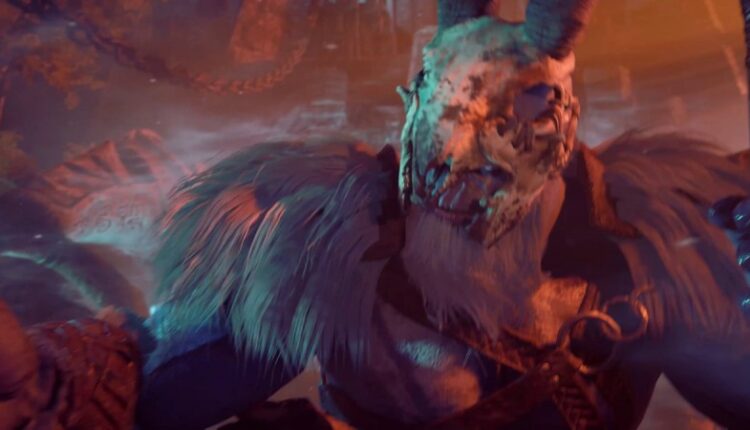 
Actor Joe Manganiello, arguably most known for his roles in True Blood and Justice League, is an actor known for his neverending love for Dungeons & Dragons. Because of that love and his various public D&D campaigns, it should be of no surprise that he is confirmed to have a role in the upcoming Baldur’s Gate Dark Alliance from Tuque Games.

The studio posted up a new video clip on the game’s official Twitter account of the Kelvin descendant, Utaar Kelvinson. With the simple caption of, “This guy’s voice sounds so familiar…,” fans were quick to realize who exactly was voicing the frost giant.

This isn’t the actor’s first run with Dungeons & Dragons as a professional, not just a player. He added his writing talents to that of Baldur’s Gate: Descent Into Avernus, which made its debut in 2019.

Players will be able to meet Utaar for themselves when Dark Alliance arrives on June 22, 2021. Thanks to this title being available on Xbox Game Pass at launch, players that are members of this particular subscription service can jump into the newest adventure at no additional cost. There is a lot to be excited for with this third-person action brawler. This is especially true for those that are looking for a new fantasy game to dive into with friends. With up to 4-player co-op, it being free just adds yet another reason to check it out.

You can also learn more about the game with our hub here.

Thoughts on Joe Manganiello’s role in Baldur’s Gate: Dark Alliance with his Dungeons & Dragons love? Are you excited to see what the upcoming RPG has to offer? Weigh in with those hottest of hot takes in the comment section below!

Courtenay Taylor, The Voice Behind Jack In Mass Effect, On Her Character’s Missed Opportunities