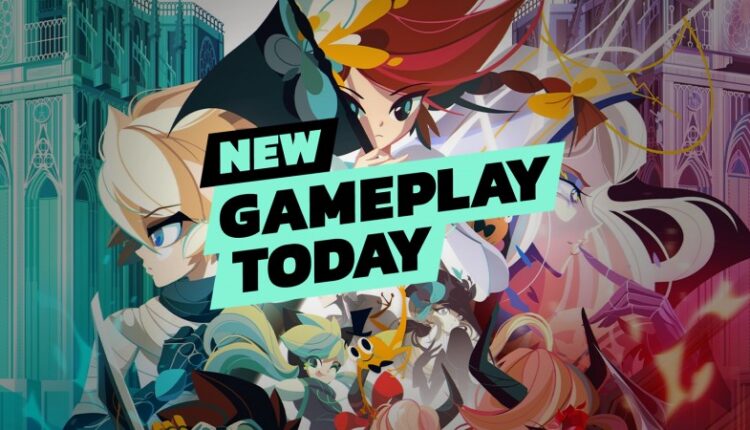 
Crisbell is a special girl. The machinations of fate have granted her the power to manipulate time. She’s now able to peer into past and future versions of her world at will, which she’ll put to great use trying to protect everyone she loves from a potentially dark future. Joined by her talking frog pal Matias, her warrior companion Christian, and other colorful allies, Crisbell embarks on a journey to rescue her fairytale kingdoms from an impending threat. After all, time is of the essence.

Cris Tales is an upcoming RPG from Colombian developers Dreams Uncorporated and SYCK and publisher Modus Games. The indie game takes inspiration from classic titles such as Chrono Trigger and Final Fantasy VI with its turn-based combat and world design but adds an interesting wrinkle with its time-manipulation mechanic. Players can send enemies into the past or future, which affects each foe in different ways that can be both beneficial and harmful. Join Alex Stadnik, Marcus Stewart, and Jason Guisao as they take a look at this promising and beautiful role-playing adventure.

Cris Tales launches July 20 for PlayStation 5, Xbox Series X/S, PlayStation 4, Xbox One, Switch, and PC. If this look at the game has piqued your interest, there’s a playable demo on consoles and PC that you can check out right now.

If you enjoyed this look at Cris Tales, be sure to check out previous episodes of New Gameplay Today. We’ve recently taken looks at big titles such as Scarlet Nexus and Mass Effect Legendary Edition and promising indies such as Stonefly and Where the Heart Leads. Also, remember to subscribe to the official Game Informer YouTube channel for more episodes as well as other great video content.

How do you think Cris Tales is shaping up? Let us know in the comments!