The Biggest Differences Between Psychonauts 2 And 1 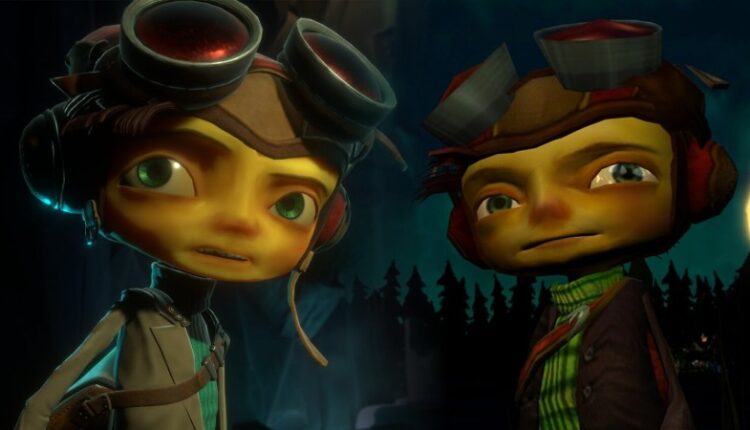 
16 years is a lot of time by any metric, but especially in the world of video games. The industry has dramatically changed since the original release of Psychonauts and our standards for platforming in games along with it. But fear not, for developer Double Fine has been hard at work trying to ensure Psychonauts 2 will be up to the challenge of competing with 2021’s contemporary platforming experiences. Here’s how Raz’s new adventure will take the best parts of the original experience and modernize them for a new era of games.

One of the ways Double Fine wants to make an impact with Psychonauts 2 is in the game’s combat. While there’s plenty to love about how the original title handled fights between Raz and The Censors, the development team wants to create a more fluid experience with psi-abilities at the focus.

“So we have a really dedicated combat team and a really dedicated player powers, like psychic powers, team, and they’re pretty autonomous, in a way,” Tim Schafer tells us. “They pretty much are playing and iterating and testing the game and making a lot of improvements. The goals that we set were, we want to have psychic powers be more useful in battle, [and] combat. In the first game, you mostly punched everything, I think.”

He adds, “But in this game, every psychic power has some fun way to use it in battle, and maybe some enemy who’s really susceptible to it. So there’s a lot more, like, adapting your fight style to the enemy that we wanted to do in the first game. In the first game, we put a bunch of psychic powers in, and some of the people just forgot about, because you didn’t have to use them. Even though they were cool and they solved a lot of problems for you, people would forget about them. So we try to make it so all the psychic powers are useful all the time and you pretty much have to switch them out as you approach a different level. You can see a lot of that.”

Combat isn’t the only aspect of the game that’s receiving a facelift, however. There are plenty of small design tweaks that will keep players in the action instead of scrolling through menus to select psi-abilities and items. With the game’s renewed onus on pushing players to prioritize powers, the quick select wheel will be readily available but will instead allow you to map four powers to the triggers and bumpers instead of the original three. Likewise, objects such as the cobweb duster won’t be included in the game, meaning players will be able to focus on the enemy Bad Ideas and fun platforming levels in front of them.

The upgrade system is also getting a round of positive tweaks with the inclusion of Intern Credits. Instead of automatically receiving boosts to your abilities like in Psychonauts 1, our physic hero will be able to pick and choose what powers get upgraded. If players prefer a power such as Psi-Blast over Mental Connection, they’ll have the autonomy to spend their credits to max out that ability’s power. But how does one gain these credits? Raz will rise through the ranks of the Intern program by assisting his peers, collecting Nuggets of Wisdom within brains, tracking down Psi challenge markers or cards, and more.

16 years is a long time to wait for a game. And while Psychonauts 2 still has plenty to show, our patience will pay off when the game finally releases later this year.

Hey friends, Alex Stadnik from GI here. Thank you so much for watching this video. This will be our last exclusive video on Psychonauts 2, but don’t worry! There’s plenty on the site to get caught up on, including looks at the new level and powers of the game, Tim Shafer’s Rubik’s Cube collection, and more!