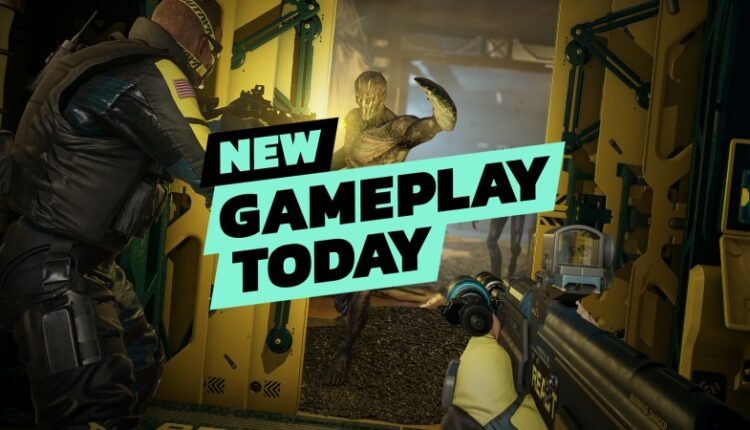 
Rainbow Six Extraction has been on the minds of gamers for a long time. First revealed as Rainbow Six Quarantine, the follow-up to Siege has been a mystery as to what fans can expect from this new PvE experience. Today as part of E3 2021, publisher Ubisoft is finally pulling back the curtain on its latest project, and shooter fans worldwide should be excited.

Join the Council of Alexes (Van Aken and Stadnik) as they take you on a tour of this new three-player experience on this episode of New Gameplay Today. Players will fill the shoes of some of their favorite (or underrated) operators from the previous Siege title as they battle the dredges of this world. Fans can expect a very similar tactical experience to that of the aforementioned predecessor as your squad will be tasked with infiltrating infested maps and try to survive as long as possible.

But what happens if you fail? When you die in a match, your operator actually becomes unavailable to you. Later, at the game’s discretion, that character will show up on the map, trapped and in need of a rescue. If you’re successful in your extraction, operators such as Sledge will be playable once more, but if not, you’ll just have to keep trying until you can get them out of harm’s way.

Fans of Rainbow Six don’t have too much longer to wait as Extraction is dropping on September 16 for Xbox Series X|S, Xbox One, PlayStation 5, PlayStation 4, PC, Amazon Luna, and Stadia!

The party doesn’t stop today, friends. We’re in the midst of the video game industry’s biggest week of the year, and we’re celebrating in style. We’re live streaming all the biggest conferences with you, giving our spicy reactions on the YouTube channel, and filling a huge E3 hub with all the content you could dream of. Thanks for watching!

Why Mass Effect Andromeda Is A Better Game Than You Think