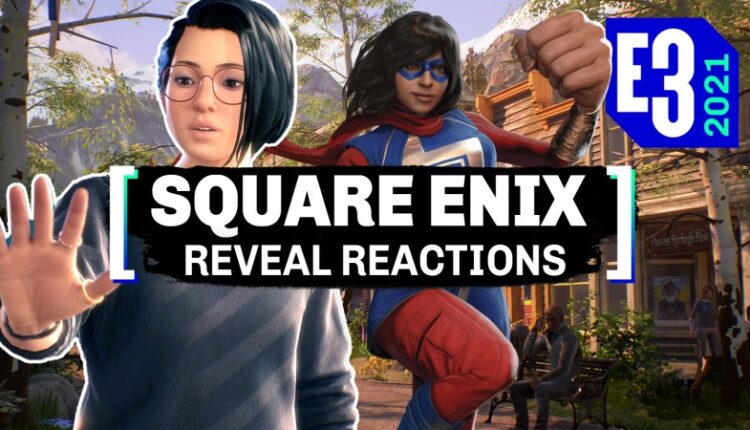 
Thought the hype train would end with the Xbox and Bethesda Showcase today? Think again as publisher Square Enix is taking the E3 2021 digital stage as well. The Japanese publishing giant has plenty to be excited about and we can’t wait to watch all the fun with you!

We’ll be hosting a watch along steam of Square’s Summer Showcase live starting at 2 p.m. CT! The Council of Alexes (Van Aken and Stadnik) are back to react to the biggest announcements, trailers, and hopefully some sweet gameplay. But what can fans expect from the day’s festivities?

Square Enix has confirmed that we will be getting an update on Life is Strange ahead of True Colors’ September 10 release date. We’ll also be getting a look at Babylon’s Fall, a Platinum Games action title that we haven’t heard from in quite some time. Fans of Marvel’s Avengers are also in for a treat as Crystal Dynamics will be present today to show off what’s coming next for those who love Earth’s Mightiest Heroes.

But what surprises could Square also hold? We do know the Final Fantasy teams are hard at work right now with both Final Fantasy XVI and Final Fantasy VII Remake Part 2 in the works but is it too early to see those titles? And what the heck is Eidos Montreal working on? The answers will become clear later today so be sure to join us for the stream and have some fun with your friends at Game Informer!

The party doesn’t stop today, friends. We’re in the midst of the video game industry’s biggest week of the year, and we’re celebrating in style. We’re live streaming all the biggest conferences with you, giving our spicy reactions on the YouTube channel, and filling a huge E3 hub with all the content you could dream of. Thanks for watching!

Marvel’s Guardians Of The Galaxy Looks Like An Cosmic Blast, Release Date Set For October