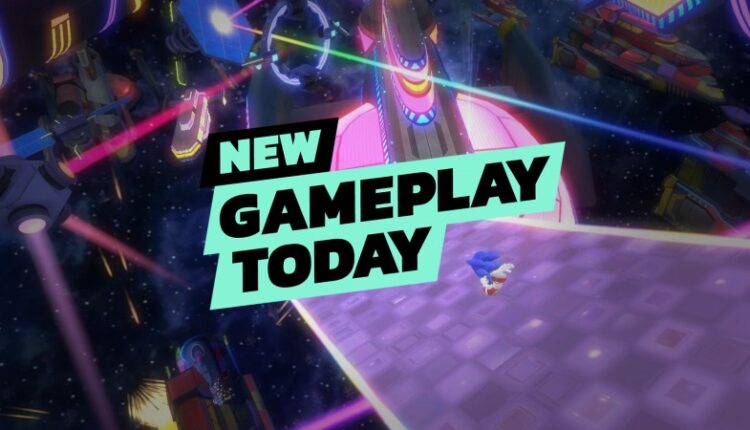 
This year in the world of video games will go down in history for a plethora of reasons. Delays. Digital events. The reemergence of Elden Ring. But one of the other big trends of the year is bringing fan-favorite titles back for the new generation of players to revel in. We’ve seen strong entries from titles such as Mass Effect Legendary Edition and Super Mario 3D World + Bowser’s Fury, and now Sonic Colors: Ultimate hopes to continue the trend.

On this special episode of New Gameplay Today, we have a treat for the fans of the Blue Blur. Join Alex Stadnik and GI expert Brian Shea as they give you an exclusive look at one of the game’s shiny new levels!

Today, we’re showing off Planet Wisp and the updated visuals that come with the remaster. Mr. Shea does an excellent job of filling you in on all the upgrades players can expect now that the fan-favorite title isn’t languishing on Nintendo systems of old.

Are you excited to relive the fun of Sonic Colors? You don’t have much longer to wait, as fans will be able to check out the Ultimate version of the game on September 7 for PlayStation 4, Xbox One, Switch, and PC. In the meantime, be sure to check out Shea’s awesome interview with Takashi Iizuka, the head of Sonic Team, to discuss Sonic Colors: Ultimate, the next mainline title, and the hedgehog’s 30th anniversary!

The party doesn’t stop today, friends. We’re in the midst of the video game industry’s biggest week of the year, and we’re celebrating in style. We’re live streaming all the biggest conferences with you, giving our spicy reactions on the YouTube channel, and filling a huge E3 hub with all the content you could dream of. Thanks for watching! Be sure to let us know what you think of Sonic Colors: Ultimate in the comments below!

Advance Wars 1 + 2 Are Being Remastered For Switch, Arriving In December