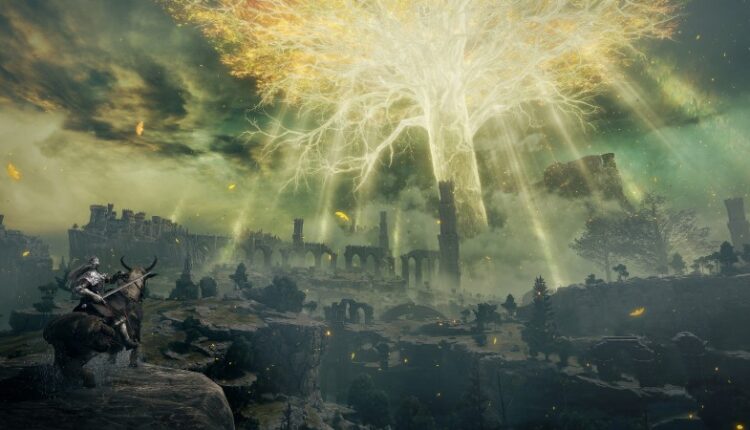 
Video games unsurprisingly take a long time to create, and the process unfolds in different ways for every game. Elden Ring is like every other game in this respect, but it’s been under a microscope this week, in part because of the excitement from its fanbase, but also because we haven’t heard much about it in quite a while. Following the premiere of the new trailer at Summer Game Fest, the silence of a key creative mind on the project has been broken. That person, of course, is famed novelist and creator of the A Song of Ice and Fire series George R. R. Martin.

Martin was being recognized this week with an honorary doctorate awarded from his alma mater, Northwestern’s Medill School of Journalism. During an interview about his life and career with Chicago PBS affiliate WTTW, Martin’s foray into game development was brought up. He spoke briefly on when he was part of the Elden Ring project. “My work on it was actually done years ago. These games, they’re like movies. They take a long time to develop,” says Martin.

“Basically, they wanted a world created to set the game in. They wanted world building; as a big factor in fantasy and science fiction. And you’re not only talking the characters and the plot, but the setting is almost as important as everything else,” Martin says, then lists famous fantasy worlds such as J.R.R. Tolkien’s Middle Earth. He continues about his development time on Elden Ring, “I worked up a fairly detailed background for them, and then they took it from there.”

It sounds like Martin has been hands-off the project since. He wraps up on Elden Ring and his time working alongside From Software with this: “It’s been several years since I’ve last seen them, but they would come in periodically and show me some monsters they designed, or the latest special effects and cool things. But the game has been slowly developing and now it’s coming out in January, I believe, so I‘ll be as excited as anybody else to see it.”

While the Game of Thrones creator isn’t personally writing all of the juicy lore-full item descriptions himself, his early work on developing the setting and history of Elden Ring’s The Lands Between will echo certainly through the game.

Elden Ring is set to release on January 21, 2022 for PlayStation 5, PlayStation 4, Xbox Series X/S, Xbox One, and PC. There’s an abundance of Elden Ring knowledge to absorb in the meantime. Check out Game Informer’s stories about what the new open world is like, and how the blue “spirit bodies” from the trailer play a role in the game.