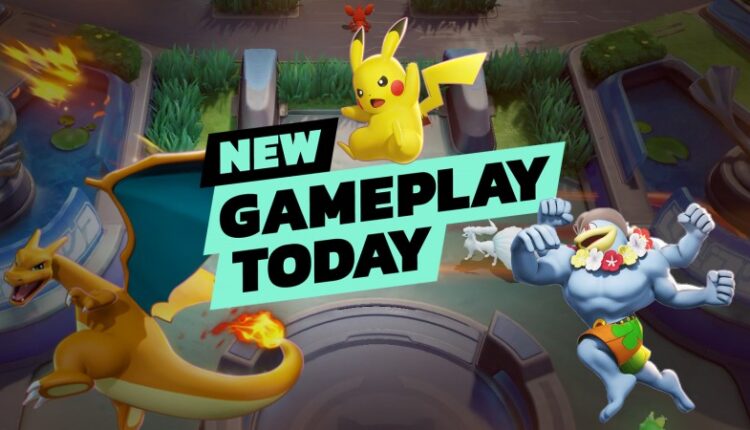 
Pokémon as a series has about as many spin-off titles in its library as it does actual creatures in the Pokédex at this point. From the fan-favorite gems of the Pokémon Pinball titles to the recent entries of Pokémon Café Mix and Pokémon Smile, Pikachu, Charizard, and more have had plenty of opportunities to get out of their Poké Balls and entertain audiences in new, often bizarre ways.

In keeping with that tradition, Pokémon Unite is next up to try and spin the classic series out of its RPG roots and is throwing those classic creatures in the MOBA arena with all the lane combat one could hope for. Fans will be able to pick from a plethora of Pokés to form a team set on taking out NPC characters and humans alike to gain orbs to score at enemy-controlled points and win the round. But does just throwing Greninja into a new game genre equal success?

I brought in the experts to answer that exact question. Join Alex Van Aken and Liana Ruppert (who have untold hour counts in League of Legends) as they break down the latest footage from the Japanese beta of Pokémon Unite and discuss whether or not this game will be loved by the hardcore MOBA fans of the world or if it will be best enjoyed by those looking to enter an otherwise intimidating playspace for the very first time (like yours truly).

If you’re excited to battle it out with your friends in Pokémon Unite, you don’t have long to wait. The hard release date is still unannounced, but the new game will launch in July exclusively on Nintendo Switch before making its way over to mobile platforms later this year! For more on the MOBA, be sure to check out our look at everything you need to know about the game before its upcoming summer release.