Arkane Confirms You Can Play Deathloop Without Snapping Any Necks 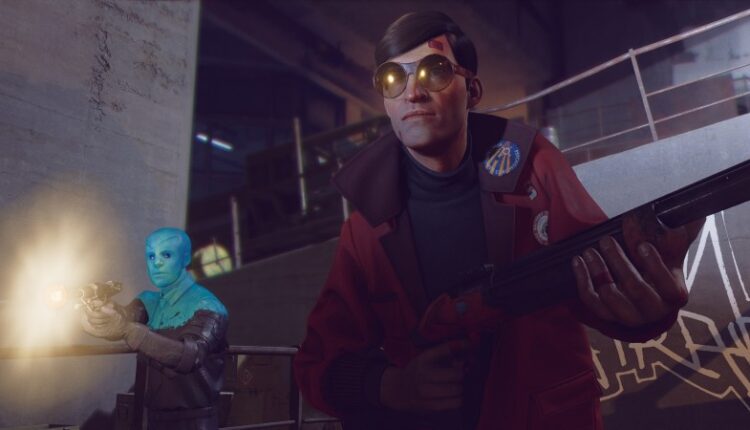 
Deathloop is a stylistic shooter from Arkane Lyon and blends a wild tale peppered with western and cyberpunk flair. The studio has shown us a lot about the game ahead of its launch later this year, including the most recent gameplay walkthrough during this week’s PlayStation State of Play. One thing that every trailer and gameplay session has had in common that there are no shortages of neck snaps. As such a prominent combat style, a question emerges: can you play as Colt to end the time loops without snapping anyone’s neck? The answer? Yes!

I had been trying to confirm this for a little bit now but never could get a real answer until this week. When I just went the public route and asked the studio via Twitter, Deathloop game director Dinga Bakaba kindly responded with the confirmation that neck-snapping as a means of submission is not mandatory. However, he later clarified that this does not mean that a passive run is possible.

Given that the story centers around the need to kill the leaders of the world that have entrapped people in an endless time loop as a means of an inescapable prison, the confirmation that a passive run isn’t possible isn’t too surprising. The neck snap option, however, is a nice surprise.

As silly as it sounds, I’m relieved to hear about this not being forced. In no way do I feel that games should adjust or change their vision for my comfort (not to be confused with my work with epileptic triggers, which can impact even non-epileptics and can be fatal), but I do like to get a heads up about this particular stylization before enjoying any game, movie, or TV show. The reason is personal, tied to a car wreck that happened many years ago that resulted in the loss of my best friend, and so seeking answers about this is purely from an informative place, not some goal to get the game’s style changed.

It is interesting to see how certain experiences can impact how we go into a new entertainment experience. It begs the question: do you have any “odd” quirks that can make you uncomfortable or would cause you to pause before diving into a new adventure? Any words, sounds, acts that you try to steer away from? This is a judgment-free zone; shout out your nitpicks in the comment section below! No harm in conversation.