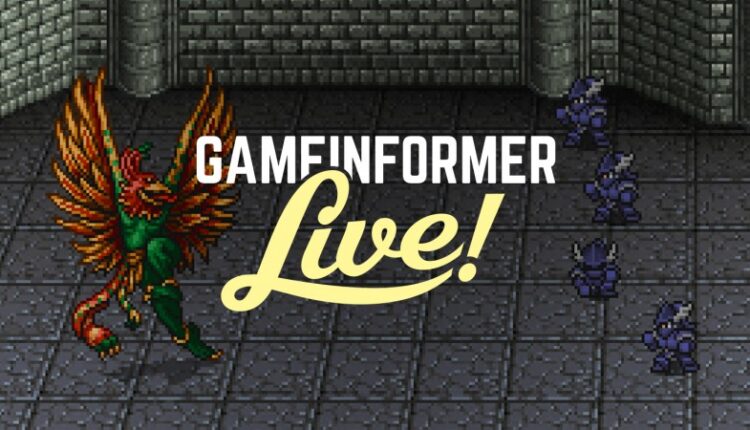 
All of you lucky Game Informer readers and stream viewers have quite the treat today. Shortly after Dan Tack and Alex Stadnik wrap up watching the Annapurna Interactive 2021 Showcase today, we’re going live yet again to play one of this week’s big releases: Final Fantasy III Pixel Remaster. At around 3 p.m. CT, Associate Editor John Carson and PC Editor Dan Tack will be partying up and venturing forth onto Twitch to show off this classic the way we never got to see in North America.

Originally released in Japan for the NES on April 27, 1990, Final Fantasy III did not receive a release outside of Japan for over a decade. 1994’s Final Fantasy VI on SNES was released in the United States under the name of Final Fantasy III because it technically was the third game in the series to be localized. However, after years of being passed up for re-releases and ports, the true Final Fantasy III was completely remade on Nintendo DS with all-new 3D graphics. This version was ported to PC and Mobile and has been the prevalent version of this game for years. That is until Square Enix announced the Final Fantasy Pixel Remaster Series.

These remastered versions of the first three Final Fantasy games are currently available on PC, iOS, and Android devices with IV through VI coming at a later date. Featuring all-new sprite art, remastered music, filters, and more, the original FF adventures can be experienced by old and new fans alike. And because the NES game is the source of Final Fantasy III’s remaster, we get to play the game closer to the way it was released back in 1990.

For more on the Final Fantasy Pixel Remaster series, we recorded an episode of New Gameplay Today which you can watch right here. If you like hanging out with us and our community, please consider joining our brand new Discord server which is currently exclusive to subscribers of our Twitch channel.