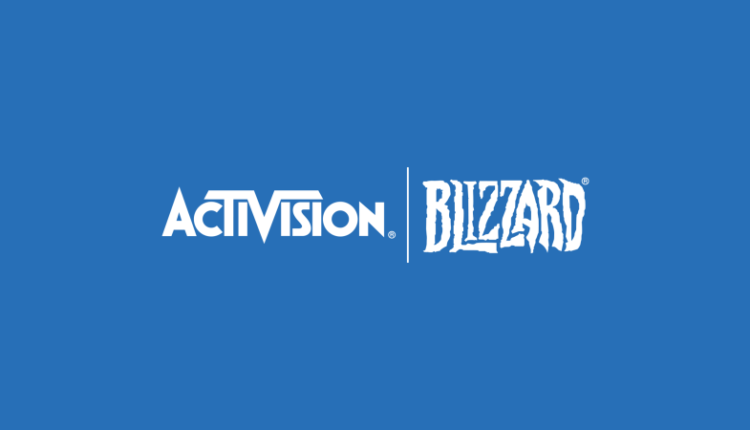 
The state of California is currently suing Activision Blizzard following a two-year investigation into the company’s behind closed doors workplace culture. The lawsuit addresses various labor abuse allegations, including sexual harassment, gender discrimination, and a “frat boy” culture regarding internal behavior. As more details surface in relation to the lawsuit, an investor’s call took place on August 3, and the overall feeling of the meeting felt different than the usual shareholder conference. Though advertising goals and release timelines were addressed, including news about Diablo II and Overwatch 2, a portion of the call took on a somber tone as questions from stakeholders were fielded about the future of the company.

Activision Blizzard CEO Bobby Kotick opened the call with a statement that was similar to his public acknowledgment of the labor lawsuit last week. “I want to start by making clear to everyone that there is no place at our company where discrimination, harassment, or unequal treatment of any kind will be tolerated nowhere,” said Kotick when he opened the August 2021 investor’s meeting. “We so appreciate the current and former employees who have come forward in the past and recent days with courage.”

Kotick went on to reiterate a few points from his original public statement, with claims of caring about the work environment fostered under the Activision umbrella. Adding that he believes that Activision Blizzard “will be the company that sets the example for this in our industry.” He went on to provide investors with background information about Jennifer Oneal and Mike Ybarra, the new co-leads of Blizzard. With a promise that the investigations into the allegations will continue, despite the public backlash about the firm chosen to lead the investigations. The firm in question is called WilmnerHale, and this is the same law firm that headed Amazon’s efforts to halt its workers from unionizing. This new regarded negatively by many in the gaming industry, including hundreds of Activision Blizzard workers that have since come forward demanding a new firm.

During the call, Kotick added, “Because our work cannot be successful with diverse voices, views, and talents, we made a commitment to consider diverse slates of candidates for all open positions. And we’ll continue to add resources to ensure this occurs throughout the company. Over the past several years, we’ve made significant changes to address company culture, reflect more diversity within our leadership teams, and create environments conducive to reporting any misconduct. We’ve amplified internal programs that encourage employees to report violations. We’ve reinforced channels for employees to voice concerns in confidential and safe ways without any fear of retaliation. We’re directing additional resources to our compliance and employee relations teams dedicated to investigating complaints.”

“We pride ourselves on paying our employees competitively and fairly for equal or substantially similar work. We regularly review our compensation to ensure that we remain equitable in our approach. We take a variety of proactive steps to ensure that pay is driven by non-discriminatory factors such as performance, role, and expertise. And we conduct extensive anti-discrimination training, including for all employees involved in the compensation process.”

The call proceeded to talk about company earnings, and Chief Operating Offer Daniel Alegre talked about Q2 franchises and the current status of gaming ecosystems as seen in games like Call of Duty. However, the first two questions during the Q&A portion opened with investors pulling the focus back to current events. Matthew Cost, an analyst at Morgan Stanley, kicked off by asking, “We’ve seen a lot of headlines about the lawsuit and employee concerns. Can you talk more about what you’ve been doing and will do to address those issues? And then, just secondly, can you expand on any expected impact to productivity as you work through the situation, and do you expect any impact on the pipeline?”

As you heard from Bobby, our employees are truly our greatest asset. And we remain absolutely focused as a leadership team on providing a diverse and safe environment for our teams and have taken a number of actions thus far. For instance, we’ve engaged an outside law firm to conduct a review of our policies and procedures with respect to our workplace and where employees can connect if they have experienced any issues whatsoever.

We will also be adding staff to our compliance and employee relations teams that investigate employee concerns. This is to ensure that we are always considering also diverse candidates for all open positions. As a leader myself, I know how important having a diverse workforce can be for all aspects of our business. And this is critical. We will be evaluating and training also our people managers to make sure they are complying with our processes for handling employee concerns as well as taking the right actions. And we are proactively engaging with our employees to hear and respond to their feedback.

For several years now, we have been focused on ensuring more diversity throughout the company, especially in our leadership roles, and have dramatically increased the number of women and minorities in both the C-suite and in our business units. And our compensation practice is that women and men are paid equitably for equal work. As you heard, we’ve appointed Jen Oneal and Mike Ybarra as the new co-leads at Blizzard and I am so glad that an original Blizzard founder, Allen Adham, who returned to the company a few years ago, continues to lead our engagement projects. We have great leadership at Blizzard and are excited about the new direction the company will take.

The response failed to acknowledge some of the more serious allegations in the now-public lawsuit, such as “cubicle crawls,” the Bill Cosby suite, and behavior that reportedly led to one employee committing suicide following a work trip with her supervisor. The mention of new staff additions could lead to possitive change, though the changes needed to address all of the documented allegations will take time to successfully implement.

Andrew Uerkwitcz, an analyst at Jefferies, added a similar question, asking about the state of morale with the allegations going public. He said, “I’m curious how Mike and Jen plan to rekindle the pride that Blizzard has been known for … As you listen to everyone’s stories and experiences and make the necessary changes, how does that not affect production going forward.” Its worth noting that Uerkwitcz asked this after several statements were made that production has been unaffected.

Oneal, the executive vice president and co-lead of Blizzard, responded:

First off, there’s nothing more important to me than our people. And I know Mike Ybarra, who is partnering with me to lead Blizzard, feels exactly the same. Since I joined the studio at the beginning of the year, I’ve had the privilege of working closely with the Diablo and Overwatch teams. I’m seeing great progress on Overwatch 2 and the multiple games in the Diablo Universe. I am constantly inspired by our talented teams, their creative vision, their commitment to putting gameplay first. Our people are passionate about our games. They understand our players and, in many cases, they have come from the player communities themselves and naturally are driven to serve them.

And as Bobby and Daniel have mentioned, we are expanding these teams. We’re doubling down on our development recruiting as we expand the scope and vision of our franchises. When we come together, we make some of the best games in the industry. And we’re now seeing that energy apply to our culture, which is equally important. There’s a lot of work ahead of us, but passion and productivity is already here. And when our people feel safe and supported, the rest is going to take care of itself.

Now-former president J. Allen Brack, who was among those explicitly named in the lawsuit regarding his alleged role in the toxicity at the center of current conversations, added: “The passion that our developers have for innovation and creativity is what makes Blizzard great. It’s why we’ve been able to make so many great games for 30 years now. And this has always been the vision since the very beginning. I’m excited about our future about the things we’re creating together, about building the new culture and renewing that spirit. We’re tightlipped about it, but our new game pipeline has been in development for many years. And it’s greater than it’s ever been across our core franchises and mobile, new IP, and new genres. I’m looking forward to our teams launching their already announced new games in the not-too-distant future and in due course announcing a few new ones that you have yet to hear about.”

The conversation eventually tapered off and fell in line with the usual investor meetings topics. Still, the response from investors at a mega-publisher like Activision is a key component for how effective change could be implemented, so this investor call is noteworthy.

Additionally, several shareholders have filed a class-action lawsuit against Activision Blizzard, citing that the current conversations have “economically damaged” potential profit in the future. This verbiage is, unfortunately, the language of many, and money talks with a publisher like Activision. You can see the full legal documentation files right here to learn more about the class-action lawsuit proposition.

Specifics of the call also included news that Diablo II has been pushed back with a new projected release window set for the first half of 2022. Activision Blizzard also confirmed that more on Overwatch 2 would be “revealed soon,” and confirmed that development on the sequel has passed “an important internal milestone,” though specifics on that milestone were not disclosed.

In related news, Kotick released a statement last week addressing the concerns but seemingly skating around the demands listed in a public letter to leadership. That letter was followed by a company-wide walkout of Blizzard employees, a walkout supported by an open letter from Ubisoft employees that have been faced with similar instances noted within the California lawsuit.

To learn more about the proceedings thus far, including details listed in the lawsuit against Activision Blizzard, please review our previous coverage here.