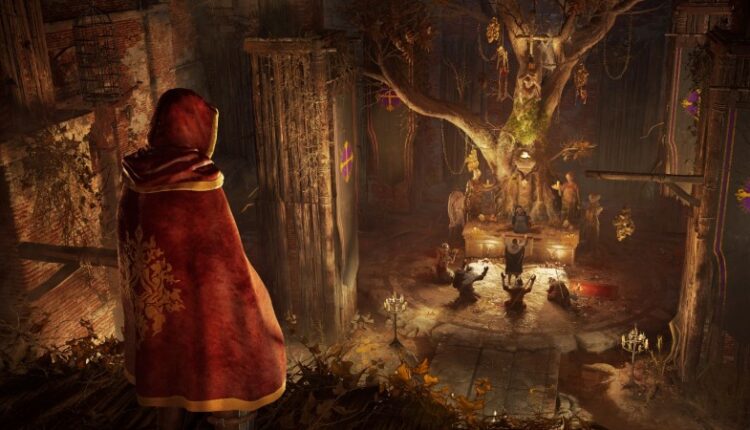 
Assassin’s Creed Valhalla’s newest expansion, The Siege of Paris, is available today for season pass owners and will officially launch tomorrow. The DLC finds Eivor in West Francia, ruled by Charles the Fat, making allies and enemies to protect the Raven Clan. For those of you looking to hop into your longboat and cross the sea to the land of the Franks, here are my first impressions of the main story and new content.

The Siege of Paris is a dark adventure, both visually and thematically, offering Valhalla fans more of what they love. The DLC doesn’t stray too far from the game’s established formula, though it does introduce a host of new things. You’ll find a mounted enemy type, side quests called Rebel Missions, various fresh abilities, gear, and a ridable bear. While most of this is enjoyable, nothing breaks the Valhalla mold, so the new features feel familiar while appearing different. One of the novel, puzzle-like aspects of this DLC, the rat swarm, proves to be a clunky addition to the game. It requires you attack to ward off the little biting creatures, but Eivor’s wild swings are more suited to the battlefield than herding rats. However, the ranged ability called Plague of Rats is an effective – if a little unsavory – tool to quietly clear out groups of soldiers. 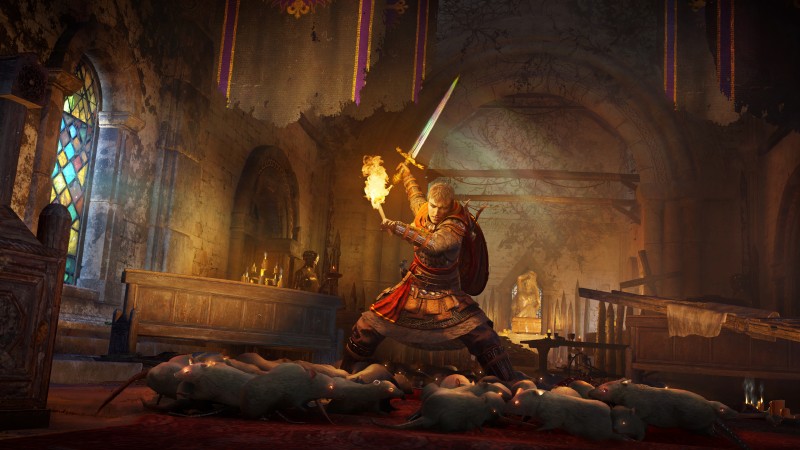 Choice is the real star of The Siege of Paris. The black box missions let me control how I bring down my targets; stealthy and clean or guns blazing. Both methods are effective, but following the developer-laid clues feels more engaging. The narrative-rich assassination opportunities, called Assassination Events, are fantastic, as they get me close to my mark and trigger unique, cinematic kills. The game is also big on narrative choices, but unfortunately, these are not always satisfying. Rather than impacting the narrative’s path, one of my seemingly crucial decisions immediately gets reversed. It helps continue the story but leaves me feeling like my selections are ultimately insignificant.

The narrative is shaky in a few places, notably in the beginning. Two travelers, including Toka, a high-ranking member of the Elgring clan in Francia, come to your village to plead for help against the Frankish King Charles, insisting he could conceivably come for the Raven Clan in England at some point. It’s probably a good thing for them they got Eivor drunk because their argument, and the DLC’s hook, is not very strong. The game seems a little concerned with this narrative weak point because it never misses an opportunity to hammer home that Eivor’s clan is in danger. Despite this, Eivor is convinced and heads off to a new land. 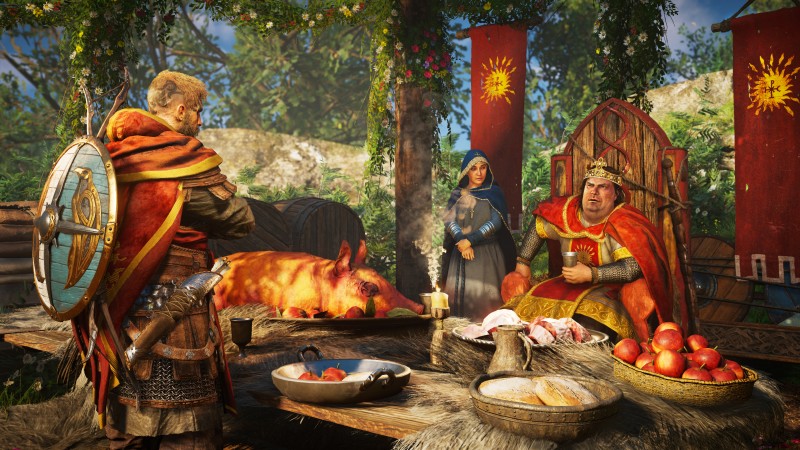 My first view of Francia is grim as I travel through the aftermath of a battle. The weather is overcast, everything is burning, and the music is full of sorrowful strings and low chanting. The cloud of this introduction hangs over the rest of the DLC, and Francia never seems to shine. Though the countryside offers some more color than the opening, this entire setting feels muted and ominous. Your base is in Melun, close to Paris. The merchants have a few additional things to offer, but once you gain some Infamy in the new Rebel Missions, the rebel shop opens up. Alongside gear and supplies, you can purchase helpful perks for your new insurgent support force with mission-specific currency.

From here, the story unfolds like many of the quests in England’s individual shires. You have a clear, strategic goal for your clan, allies with their own objectives, and some twists and turns through political intrigue and large-scale battles. The titular siege of Paris plays out like many significant offensives in the main game and, while fun, won’t feel groundbreaking to anyone who has played through Valhalla. 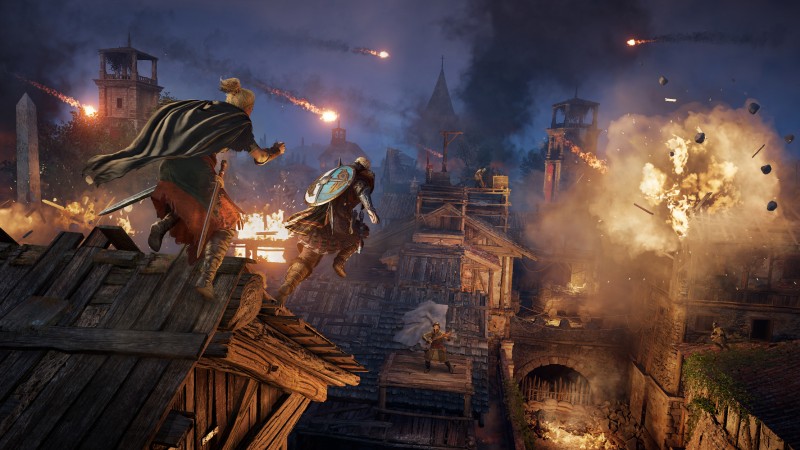 Assassin’s Creed Valhalla: The Siege of Paris seems to be a fitting addition to the game’s existing content so far. If you like the original game, you can expect more of that experience in the DLC.  While a bit somber, the new setting contains interesting side content, unique gear, and fresh landmarks, while the expansion’s primary players all add flavor to Eivor’s continuing saga. The Siege of Paris expansion is out today for season pass holders and launches everywhere you can find Assassin’s Creed Valhalla tomorrow.