Monster Hunter: Legends Of The Guild Carves Out A Spot On Netflix 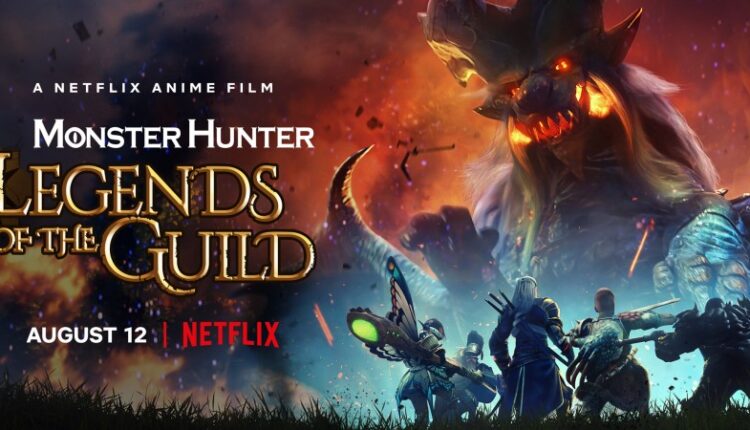 
Capcom’s Monster Hunter series is having a big year and, due to Capcom’s partnership with Netflix, that trend continued this week. Unrelated to last year’s live-action movie from Paul W.S. Anderson, an hour-long CG movie titled Monster Hunter: Legends of the Guild, which was announced back in 2018, is now available on Netflix.

Legends of the Guild follows a character named Aiden and a group of fellow hunters as they protect Aiden’s village from a fearsome Elder Dragon. Leading the cast in the role of Aiden is Dante Brasco who is best known as Rufio from Hook and Prince Zuko from Avatar: The Last Airbender. Other actors include Brando Eaton (Awkward., Dexter), Erica Lindbeck (The Owl House, Pacific Rim: The Black), G.K. Bowes (Aggretsuko), and Brian Beacock (Beastars, Sword Art Online).

Unlike the film released last year, Legends of the Guild take more direct inspiration from Monster Hunter World. From the character designs to the weapons and monsters, a lot of the imagery looks like it was ripped straight out of the 2018 game. It’s nice to see we get a better look at what living in a world full of monsters is like, as opposed to Milla Jovovich’s isekai adventure in the theatrical Monster Hunter movie.

This is the second story-focused Monster Hunter project to release in 2021, with the first being Monster Hunter Stories 2: Wings of Ruin, which I reviewed in July. It’s a great introduction to the broader Monster Hunter series and a great time for those who enjoy games like Pokemon. You can read that review right here, and while you’re at it, check out Jay Guisao’s review of Monster Hunter Rise.