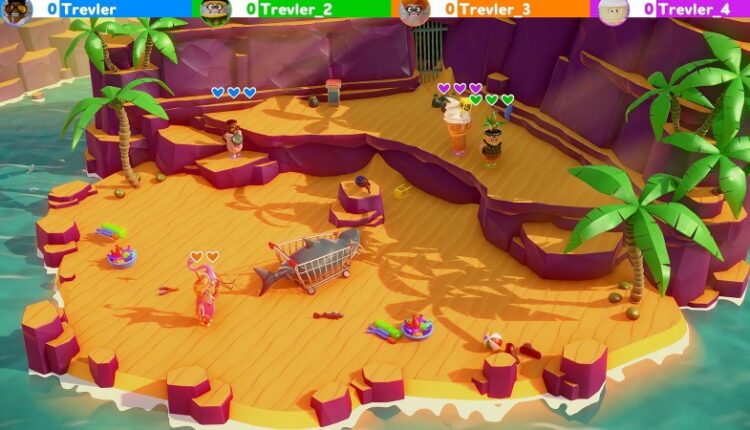 
If you have a few minutes and you’re looking to party this summer (Yes, there’s still a little bit of summer left) grab a few friends for sharks, squirt guns, and shopping carts. While the full Rubber Bandits game doesn’t have a release date yet, the summer prologue demo is on Steam and free-to-play. In this case, free-to-party. Combining a few different genres, primarily the physics-based brawler (i.e., Gang Beasts) and party titles like Mario Party, the combination is worth a shot if you’re surfing Steam for something for you and your Discord crew.

After you pick your wacky-waving character, use those flailing limbs to pick up and throw around pretty much everything in the environment to land a win. As with many other games that fall into the party category, it’s better to bring friends with you to start a game.

Weird weapons are always cool to see explored in games, and Summer Prologue has a plethora of them. There’s a bunch of traditional items to slam your opponents with, but a host of off-the-wall items keep one remembering that this is, in fact, a party game. The shark-in-a-shopping cart is the show-stealer, essentially an object that can be moved around and eats anything that wanders within range. Protip: Don’t be in range, ever. Water balloons, ice guns, dead fish, soda cans, there’s a bunch of stuff to use in Summer Prologue that fit the scene and the spontaneity that Flashbulb is going for here. You can even take on your opponents with a piece of bread. Yup, a hard baguette. Ow! 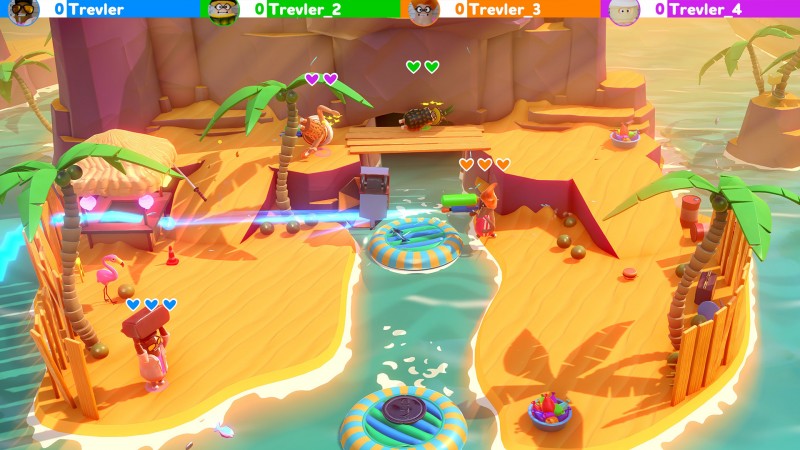 Different environments and stages keep things going even after you’ve mastered the art of throwing various objects around. Environmental foibles like bouncy bars add new elements as you attempt to keep your character grounded to aim up a lethal throw, but get ready to be airborne and trying helplessly to maintain control of your character.

This demo or prologue only features brawl mod, so it’s kind of a bite-sized look forward for Rubber Bandits. The entire game contains (and focuses on) a heist experience combined with these aspects, so it will likely be quite different from the summer prologue. But if any of the other elements seem interesting to you, it’s there for free to pop into on Steam for some shark-in-a-shopping cart adventure.

Neill Blomkamp On Getting His Ear Blown Off Shooting Halo