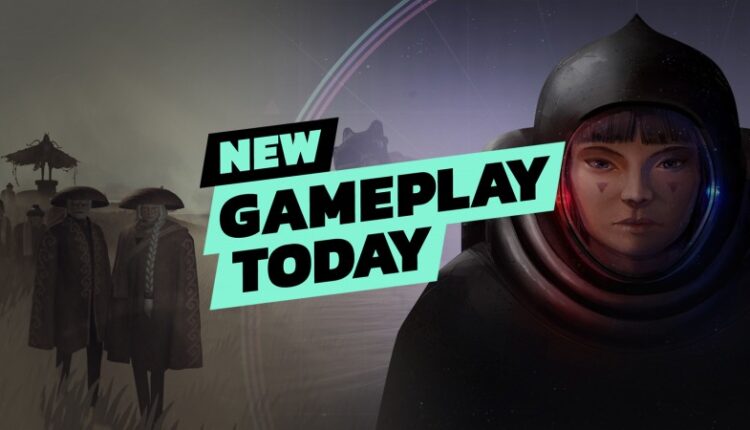 
Ever since its debut at the PlayStation 5 digital event last year, Jett: The Far Shore has tantalized sci-fi fans with its ethereal atmosphere and exciting concept.

Developer Superbrothers’ indie title gets a little less abstract today as we’ve finally gotten to get our hands-on Jett: The Far Shore! Join Jill Grodt and Alex Stadnik as they take you on a tour of the game’s early level and describe what it’s like to sail through this PlayStation console exclusive.

Jett: The Far Shore features its central characters running from a dying world, awoken after a long space sleep, and tasked with finding a new home. The game starts slow and lulls the player into a flash sense of security with a bizarre new play space and tons of new creatures and geography to explore. But as the game continues, players will be tasked with evading danger instead of facing it head-on in their quest to start a new life in the stars.

If Superbrothers’ new title sounds appealing, you don’t have long to wait as Jett: The Far Shore releases on PlayStation 5, PlayStation 4, and PC on October 5.

Today’s video isn’t the only gameplay preview we have for you on the site. Join us on our latest episodes of New Gameplay Today, where we give you a look at Jurassic World Evolution 2, Astria Ascending, and Ghost of Tsushima Director’s Cut! Thanks as always for watching! Be sure to let us know what you think of the new game in the YouTube comments!

Martha Is Dead Preview – A Horror Ideal That Transcends Tropes