Is The Moonlight Greatsword In Elden Ring? 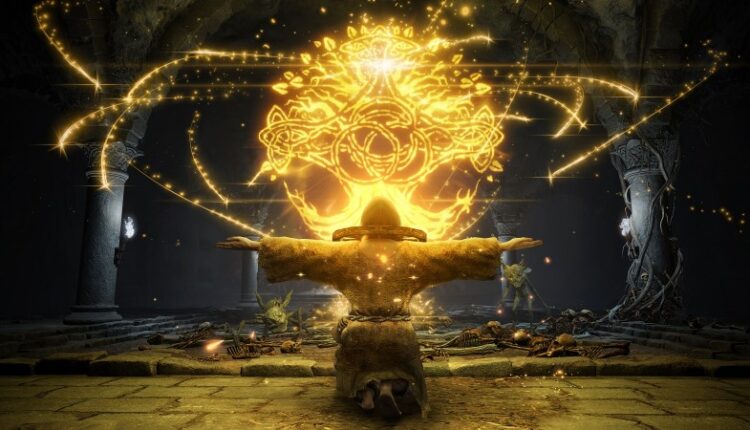 
We had a chance to look at around fifteen minutes of new Elden Ring footage yesterday and also, to ask a few brief questions to From Software’s Yasuhiro Kitao. Of course, one of the questions absolutely had to be – is the Moonlight Greatsword in the game? The glowy, laser-tinged greatsword has been a staple in From Software’s titles since King’s Field, sort of like a mascot weapon, and was noticeably absent in Sekiro. 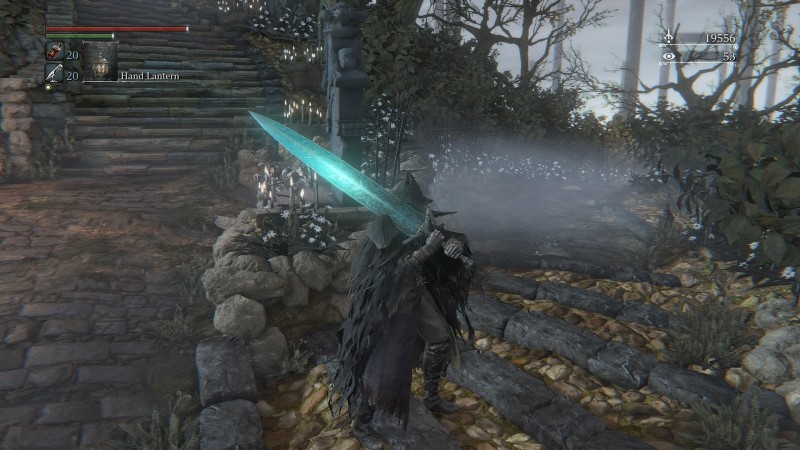 This is likely because players only have access to a singular weapon in Sekiro, and a massive glowing greatsword would play a bit differently than The Wolf’s signature katana. The massive blade didn’t show up until Bloodborne’s DLC either, where players had to defeat the massive, dangerous Ludwig in order to obtain it. That battle is possibly the most fanservice-y inclusion of the Moonlight Greatsword, where Ludwig busts out the blade in a cutscene to signal the start of an incredibly intense phase two full of lethal attacks and big range. In Dark Souls 3, the blade is relatively easy to obtain with the Soul of Oceiros, the Consumed King, a dragon boss that’s almost surely inspired by another major character in From Software lore, Seath the Scaleless. 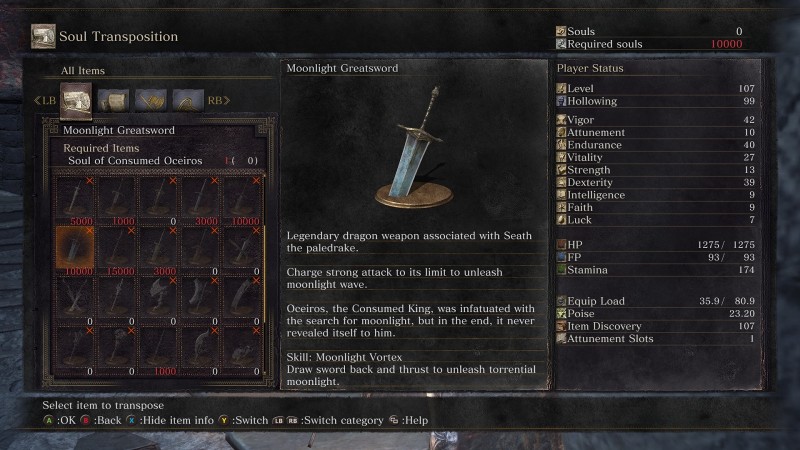 Anyway, we didn’t have a whole lot of time for questions, so we got right to the point and asked about the Moonlight Greatsword in Elden Ring. The answer was quite promising. From Software’s Yasuhiro Kitao remarked “Well, it didn’t show up in Sekiro so it has to show up sooner or later, right?” in a rather jovial tone. While we can’t share the audio or anything here, this response places the likelihood that players can swing around the gigantic, cool-looking moon weapon in Elden Ring as very high.

Considering there are many secret areas to find and explore in Elden Ring, I wouldn’t be surprised if this weapon was tucked away in a hidden area behind an optional boss that might also wield the legendary weapon. Are you expecting to find the Moonlight Greatsword in Elden Ring? We’ll know if it’s in for sure early next year when the game launches on January 21, 2022.