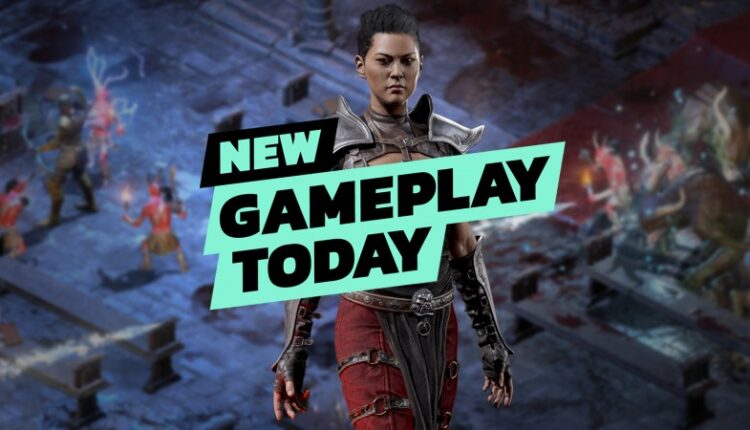 
Diablo II is coming back to the current and last generation of consoles and PC today. With its release comes a return to one of the seminal dungeon-crawling experiences. While players will finally be getting the chance to play the Activision Blizzard project, we got to play Diablo II: Resurrected early.

Join John Carson and Alex Stadnik on this episode of New Gameplay Today, where the two editors break down their time playing the return to the classic ARPG and talk about how the game has aged since its original release 21 years ago. On top of our hands-on impression, we’re also showing off new footage featuring the Assassin class in all its quick-hitting glory.

Fans looking forward to Diablo II: Resurrected are in luck as the game releases today for PlayStation 5, Xbox Series X/S, PlayStation 4, Xbox One, Nintendo Switch, and PC and can check out the game’s cinematic trailer here. Thanks for watching, and if you’re enjoying our preview videos, be sure to check out our recent looks at Marvel’s Guardians of the Galaxy, Eastward, and Far Cry 6.

For those looking to stay up to date with the latest developments surrounding the Activision Blizzard lawsuit, we have an article outlining the SEC’s recent announcement of its investigation into the publishing giant.

The Intitiative Teams Up With Crystal Dynamics For Perfect Dark