Don’t Be Afraid Of Voice Of Cards: The Isle Dragon Roars If You Don’t Like Card Games 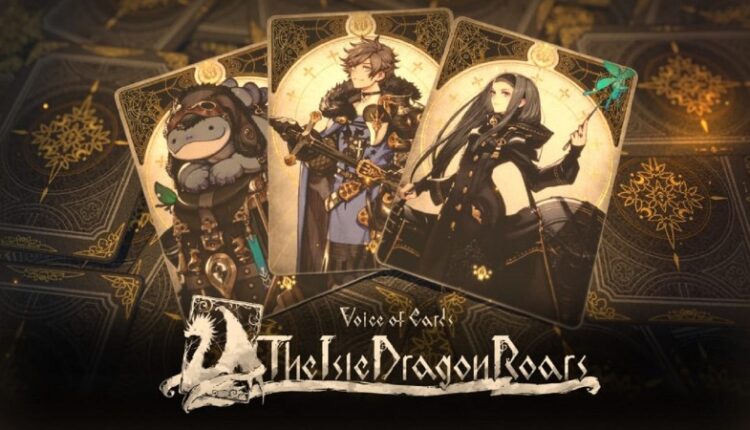 
Yes, the new Yoko Taro joint is, in fact, completely fueled by cards. The characters are represented by cards. The map and all locations are represented by cards. Dialogue happens via cards. In fact, damn near everything in the entire game is a card. However, even if you don’t like games like Magic: The Gathering, Hearthstone, Legends of Runeterra, or Yu-Gi-Oh!, you may want to check out Voice of Cards: The Isle Dragon Roars anyway. Thanks to a demo that landed on the Switch yesterday, we know that the game is actually pretty much a standard turn-based JRPG that simply uses cards and tabletop as an aesthetic choice, not as a major gameplay mechanic.

Sure, there’s still a bit of dice-rolling, and there is an actual card-based mini-game to partake in, but the game itself is extremely rooted in the turn-based RPGs of old. So, if your thing is more Final Fantasy IV or Dragon Quest, this might be a slam dunk when it arrives on October 28.

The card aesthetic is pretty cool on top, providing a rather unique visual twist on gearing up, leaving town, and grinding experience points while you exploit enemy weaknesses. Undead skeleton? Probably weak to holy magic. New sword? Equip it to your big and beefy guy. Magic staff? You can see where this is going. But the gameplay itself? It could probably entirely be represented without a single card, from what we saw in the demo.

Just think of it as an interesting way to experience a rather classic game genre. It’s nothing like any of the major trading card games, and even nothing like the new generation of deckbuilding fare like Slay the Spire or Monster Train. It’s just a way to make a traditional JRPG stand out and look cool!

Have you tried the demo? What did you think? The release date is only about a month away, so we won’t have to wait long to dive into the full game.