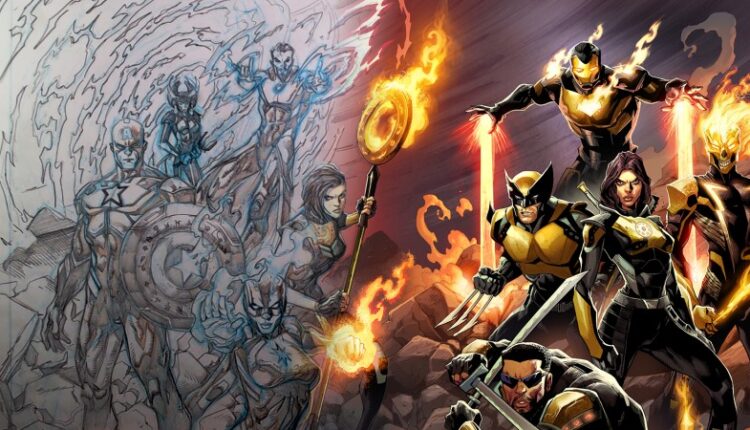 
Look, we’re biased, but Game Informer covers are a wonderful thing. Whether they provide a fascinating look at the history of the video game industry or are plain mesmerizing to behold, anytime we get to unveil a new cover is a special one. But how does one of these beauties get made? As a part of our exclusive coverage on Marvel’s Midnight Suns, we’re pulling back the curtain and showing you the making of our latest cover.

Ryan Stegman, whose exceptional talent has stretched from Venom to X-Men, was gracious enough to not only agree to draw our most recent cover but film his process plastering Wolverine, Iron Man, and more of your favorite superheroes clad in their swanky new black and gold armor onto the latest issue of Game Informer!

Fans of Marvel’s Midnight Suns have just a bit longer to wait before the game launches in March 2022 for PlayStation 5, Xbox Series X/S, PlayStation 4, Xbox One, Switch, and PC. But that’s why you came to Game Informer to tide you over until then, right?

Be sure to check out our colossal cover hub linked below for looks at the newest game from Firaxis, including our exclusive hands-on impressions of our time playing the game, a primer into who the Suns will be squaring off against, and another edition of our Rapid-Fire interview with Jake Solomon, the game’s creative director. You could also be asking yourself, “Who are the Midnight Suns?” We have you covered there, too, as our own online content director and Marvel fan Ben Reeves spent some time detailing the group’s history and who you’ll be fighting alongside when the game releases early next year. Thanks, as always, for watching, and be sure to let us know what you thought of the video in the comments below!

Don’t Be Afraid Of Voice Of Cards: The Isle Dragon Roars If You Don’t Like Card Games