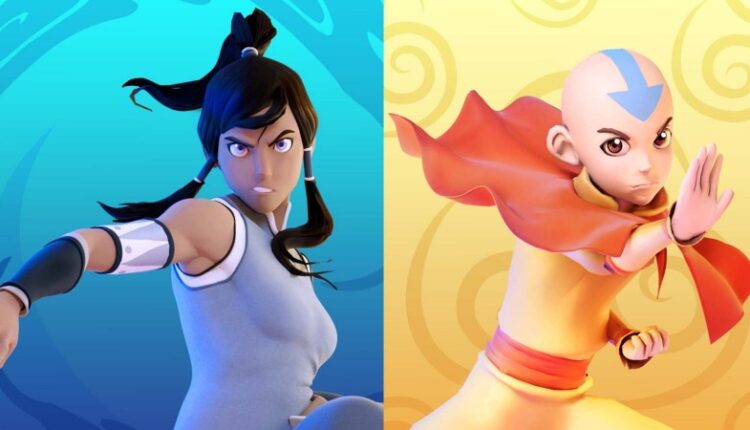 
Everybody’s favorite pair of Avatars have finally been confirmed for the roster of Nickelodeon All-Star Brawl, just days before release. Both Aang and Korra will be bending all kinds of elements against the likes of Ren and Stimpy, Danny Phantom, and Patrick Star.

While Aang can utilize bending techniques for all four basic elements in the show, his moveset in Nick Brawl focuses on what he knows best: air bending. Aang is suited to aerial combat using these bending techniques and excels at mid-air combos and incredible mobility. Some highlights of his light and strong moves include his Strong Up attack “Rising Wind Kick,” which propels Aang into the sky diagonally, and his light neutral “Staff Spin” can hit surrounding enemies on either side of him. Aang’s Air Strong attacks make him float a little, so they’re good to use while trying to get back to a platform safely.

Aang’s special attacks make use of his glider for flying upward, can ride on a ball of air, and use a prolonged spinning staff attack for trolling opponents on the edge of a stage. When Aang has taken 100% or more damage, the spinning staff becomes “Avatar State” which surrounds him with a sphere made of Earth, Wind, Water, and Fire, damaging anyone it touches. Check out the full move breakdown above.

On the other hand, Korra has been training to use all four elements since she was very young and has a better grasp of incorporating them into her moves. This prowess is most evident in her strong attacks, which have two variations each depending on whether the attack button was tapped or held. Charging a strong attack brings out an elemental flair to add a devastating effect to her martial arts.

Korra’s special attacks propel her to where she needs to be while dealing out some punishment to those in her way. “Bending Leap” is her neutral special, which charges a super punch that sends her flying horizontally. Down special move “Landslide” lets Korra skate across the ground, turning up rocks in her wake. The same move in the air performs a flaming downward dive kick, great for getting in for follow-up offense. Korra’s full breakdown can be seen above.

Now that most of the Nickelodeon All-Star Brawl cast has been revealed, who are you looking to play as in the platform fighter? Are you planning to deliver sugary justice with Powdered Toast Man, or is the tricky CatDog more your style? Let us know in the comments!