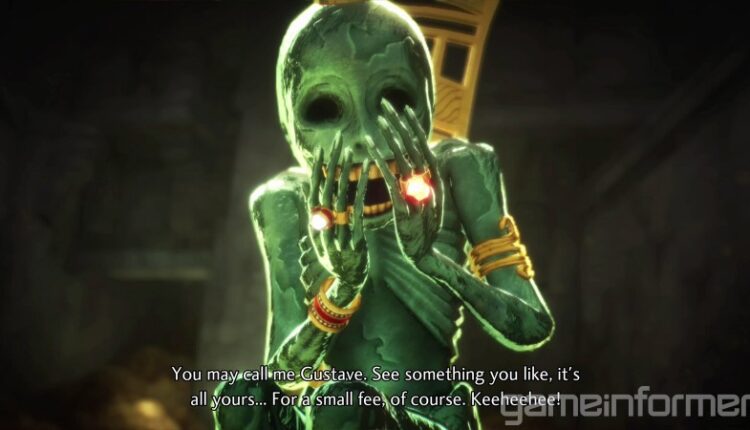 
We’re about a month away from the launch of Shin Megami Tensei V’s November 12 launch, and what better way to celebrate than to get more glimpses at the game? Today, we have exclusive info and screenshots that show off the demons you’ll encounter and what’s awaiting you in Da’at, an alternative, post-apocalyptic Tokyo.

First up, demons! You’ll encounter over 200 demons in your journey. You can expect the classics, but several new demons will also appear, designed by Masayuki Doi, who has worked with Atlus since Persona 2: Innocent Sin. Today, we get to see how some of the classic demons, such as Mara and Kaya-no-hime, have been updated for the game. And yes, we also have more looks at Nuwa and her battle abilities in action. She’s going to give the protagonist a lot of trouble, isn’t she?

Now that we’ve focused on some of the faces you’ll encounter, it’s time to look at the venue you’ll meet them in. During your time in SMT V, you’ll explore Da’at, an alternative, post-apocalyptic Tokyo. As we showed in our last update, the terrain of this expansive world will change drastically depending on the area, as will the enemies and challenges of the traversal. We also discussed Gustave and Cadaver’s Hollow, which you access at leylines which allow you to save at various locations in Da’at. Today, we have more screens showing off Gustave.

In our previous update, we also discussed Abscesses and quest navigators. Abscesses are mysterious red structures that block your path, and they’re accompanied by powerful enemies lurking nearby. Taking down an Abscess unblocks the path and nets you Glory, which you can spend to master new powerful abilities called Miracles. The gallery below shows this in action, as well as quest navigator Amanozako, who acts as your guide as you explore Da’at, offering helpful hints and pointing to treasure. Atlus said she won’t be your only navigator, confirming some demons may also join you as navigators rather than allies in battles.

That’s it for now. Enjoy the more detailed look at Shin Megami Tensei V? Let us know in the comments below what has you most excited for the game, which hits the Nintendo Switch exclusively on November 12.