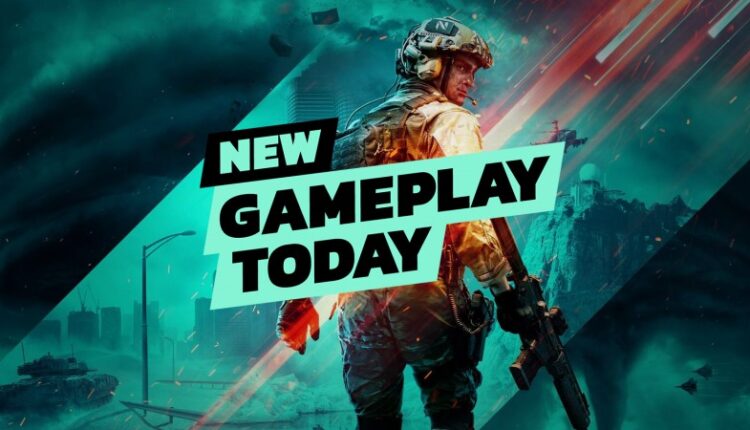 
Battlefield 2042 may not release until its newly delayed date of November 19, but that doesn’t mean fans have to wait over a month to play this sequel to the iconic series. Developer DICE is opening the gates a bit early and letting players test out one of the biggest shooters of the year during this week’s open beta. After playing the game at a recent press event, we can confirm Battlefield 2042 is wild. We surfed a massive tornado, used a grappling hook to wipe a squad on a rooftop, and ultimately walked away from my preview eager to play the open beta.

Before the fun kicks off for the rest of the public, the one and only Alex Van Aken got a chance to preview the beta early and has some fresh impressions for you to enjoy on this episode of New Gameplay Today. The video editor-extraordinaire takes the opportunity to show off his impressive sniping skills while also going over how each class works and what his highlights were during his time with the multiplayer experience. But then Van Aken does what we couldn’t usually do on an episode of NGT. He steps aside and lets the gameplay talk for itself. Van Aken flexes on the competition with the use of the exhilarating grappling hook, commits vehicular destruction, and even finds out how fun it can be to enter the heart of a tornado.

If you enjoyed the video and are excited about the incoming release of Battlefield 2042 for PlayStation 5, Xbox Series X/S, PlayStation 4, Xbox One, and PC, be sure to check out the open beta details and our look at how Battlefield Portal works.

For more exciting game previews featuring looks at Marvel’s Guardians of the Galaxy, Far Cry 6, and Jurassic World Evolution 2, be sure to like, share, and subscribe over on our YouTube page. Thanks for watching, and be sure to let us know what first-person shooter you’re most excited to play before the end of the year!