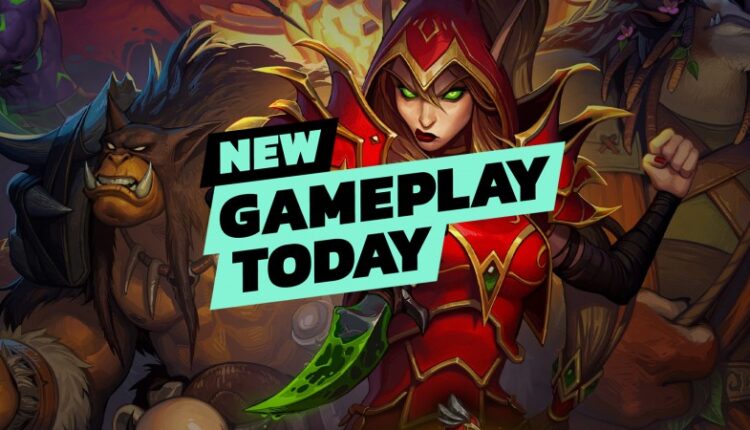 
Hearthstone Mercenaries is a new game found within the Hearthstone client, that tasks players with both PvE and PvP in a tactical RPG setting. Yes, it is very different than Hearthstone. No, I don’t know why it’s being lumped into Hearthstone proper because it’s fairly confusing. It’s a completely new game with different rules, different cards, and RPG leveling, gearing, and even grinding. It’s out today if you’re interested, and you can join us for a quick romp through some early levels in this episode of New Gameplay Today!

While the missions in the Barrens don’t showcase the depth or complexity that the game reaches with multiple abilities, equipment choices, or combos, it’s a good way to show off some early character development and level structure. You can play bounties to your heart’s content to bring back rewards, allowing you to boost your character abilities and adding permanent points via level-ups to your character roster. As you accrue packs, more options open up in terms of party composition, allowing you to create combos and specific teams designed to handle specific bounties that may be much easier with the right abilities or specializations.

You don’t take anything from Hearthstone into Mercenaries (except your in-game gold) and it’s a completely new experience. Let us know what you think in the comments!

Back 4 Blood Review – A Familiar Fright

Live-Action System Shock Series In The Works, Will Air Exclusively On Binge