Watch This Exclusive Clip Of Superman Wrecking Things In Injustice 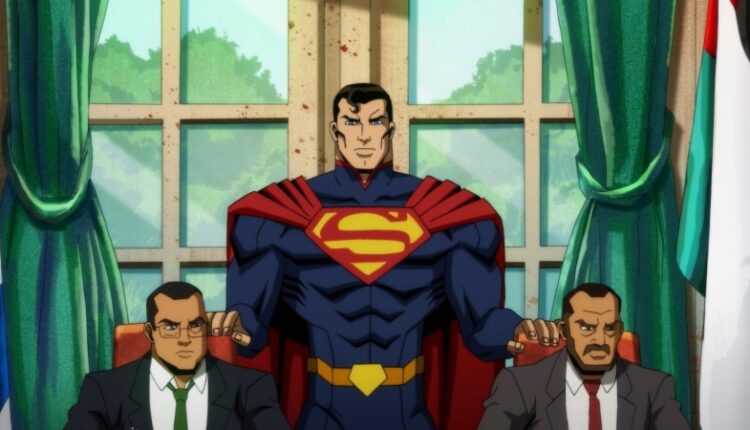 
The animated film Injustice will have a segment during this Saturday’s DC FanDome event, but we have an exclusive clip from the movie before the festivities kick-off. In case you’re new to the Injustice lore, Superman has gone bad after Joker kills Lois Lane and establishes a global dictatorship to enforce essentially martial law. That doesn’t sit well with Batman and others, and a civil war erupts between DC’s roster of heroes and villains.

The clip below provides a glimpse of how Superman flexes his strength to, shall we say, convince the leaders of the world to bend to his whim.

Injustice takes its story from the pair of well-received fighting games of the same name developed by Netherrealm Studios, the team behind the Mortal Kombat series. It also draws upon the comic series that came after those games. You can buy it on October 19 on Blu-ray and 4K Ultra HD. For a longer and darker look at the film, check out the previous Red Band trailer here.

DC FanDome should be an exciting event for fans. On the gaming side, the celebrity-laden show will have new looks at Gotham Knights and Suicide Squad: Kill the Justice League. We’ll also get new trailers and updates for films such as The Batman, The Flash, Aquaman 2, and Black Adam, not to mention the myriad of DC TV series. The all-digital convention kicks off at 1 p.m. Eastern/10 a.m. Pacific. Unlike last year’s show, the event takes place in one day and will run for about four hours. You can watch it at the event’s official website here.

Exclusive Look At The Driving And Car Combat In Saints Row