Call Of Duty Warzone: New Pacific Map Will Go Live A Month After The Launch Of Vanguard 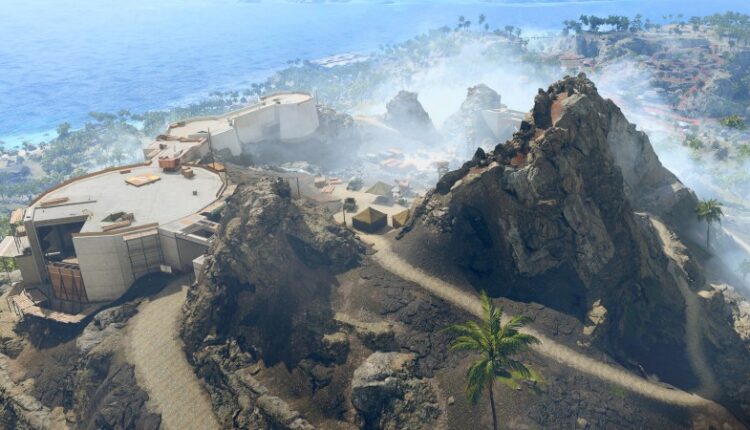 We already knew Season 6 of Call of Duty: Warzone would be the last for Verdansk, which is the current map in rotation for the popular battle royale. Now we know when we’ll be officially saying goodbye: December 1.

That’s because the new Pacific-themed map, officially known as Caldera, will launch on December 2. However, anyone that owns Call of Duty: Vanguard, which releases November 5, before the launch of Season 1 on December 2, will get 24 hours of early access to the new Warzone map. Verdansk will be no more on December 1, but those who didn’t purchase Vanguard and want to play Warzone specifically on that day will still be able to – they’ll just be launched into Rebirth Island, rather than Caldera.

Activision Blizzard has detailed what you can expect to find on Caldera when it hits Warzone for everyone on December 2.

“Lush forests and rocky crags. White sand beaches and mysterious ruins. A dormant volcano that towers over the 200-plus points of interest,” a Call of Duty blog post reads. “A map roughly the size of Verdansk, which it will replace as part of the [Season 1] update, this new map is based on two years of research and listening to the community.”

The map is “visually appealing” and ready to support Vanguard’s armaments. Plus, it will support fully-optimized cross-play, cross-progression, and cross-gen support. Following the debut of Caldera, the game will be known as Call of Duty: Warzone Pacific, or Warzone Pacific, according to the blog post.

Activision Blizzard says your progression from Verdansk will carry over as well, including operators, calling cards, weapons, and more.

If you’re sad about saying goodbye to Verdansk, don’t fret: everyone will get a proper goodbye to the map. Described as an encore for it, Operation: Flashback will go live on November 18 and last through December 1.

“The city and its surrounding area hosted over 100 million players for the past 18 months, and plenty has changed since March 10, 2020,” the post reads. “From blasting back to the year 1984 to hosting ‘80s Action Heroes and Hauntings, Verdansk proved to be the place to drop in again and again. To celebrate – and bring back – these classic moments and many more, lead developer Raven Software created a special ‘Operation: Flashback’ limited-time mode, featuring plenty of surprises that cover Verdansk’s action-packed history.”

Two unique rewards will be up for grabs in Operation: Flashback, too: an emblem and an animated Calling Card that can be earned by those who claim a win during the operation.

For more about Warzone Pacific, the first Season of Vanguard, and so much more, head to the Call of Duty blog post further detailing everything you can expect and then read about how new streaming tech will allow Vanguard to be up to 50% smaller than previous Call of Duty releases. Check out Game Informer’s impressions of the Vanguard multiplayer after that.

Are you excited about Caldera? Let us know in the comments below!

What We Know About Saints Row Customization