Indie Cyberpunk Game The Last Night Will Reemerge In 2022, According To Developer 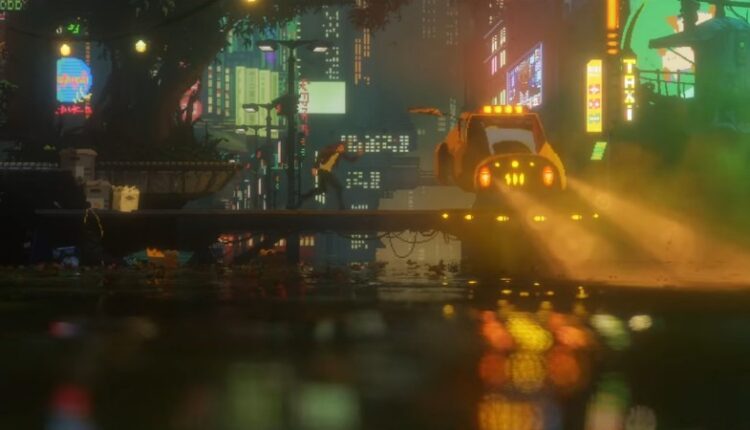 
When The Last Night premiered during Microsoft’s E3 2017 presentation, its cyberpunk-flavored blend of 3D graphics and pixel art dazzled audiences. Unfortunately, developer Odd Tales has hit a lot of roadblocks since then, including losing its publishing partner and raising funding on its own. The Last Night has since occupied the “whatever happened to that game?” bingo card, but it appears Odd Tale is busy prepping to reintroduce the game in the foreseeable future.

PC Gamer spoke with The Last Night’s creator, Tim Soret, via email last week regarding rumors that the game will appear during The Game Awards on December 9. Soret dismissed these rumors as just that, saying “…The Last Night will be shown next year, not before.” He doesn’t commit to saying the game will launch in 2022, explaining that he wants to avoid putting pressure on his small team and that they’re carefully building The Last Night “brick by brick” to adapt the game’s visuals for current-gen as well as implementing a suite of accessibility options.

“What we know is that for The Last Night comeback in 2022, we make it our mission to blow everyone away by the strength & originality of our proposition.” says Soret. You can watch the original debut trailer for a reminder of why people really want The Last Night to release.

The Last Night was originally intended to launch in 2018, but Odd Tales split from publisher Raw Fury. Although Odd Tales regained full publishing rights to the game, the divorce seemingly triggered an avalanche of funding and legal issues the team stated it couldn’t publically speak on. Odd Tales even said it had to cancel a trailer intended for the 2018 Game Awards. The Last Night has clearly been through the wringer, but it’s refreshing to hear that it may be climbing out of development hell sooner rather than later.

The Last Night is slated to launch on Xbox One and PC.

God Of War PC Specs Revealed Ahead Of January Release