Admire This Beautiful Batch Of New Screenshots For A Plague Tale: Requiem 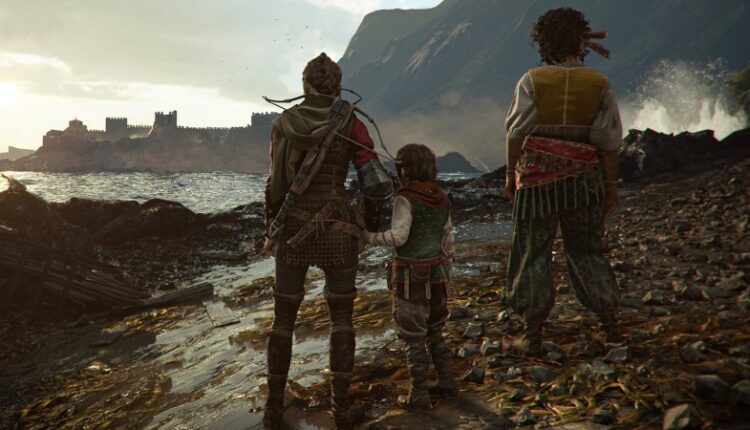 
A Plague Tale: Requiem was announced just six months ago during a Microsoft Xbox showcase and it was received quite well. Featuring the painterly and lush art style of A Plague Tale: Innocence, if one thing was clear with Requiem’s announcement, it’s that publisher Focus Entertainment and developer Asobo Studio are planning to up the ante. Today’s batch of in-game screenshots is proof of that.

Released on Twitter earlier today, these four screenshots showcase some of what we can expect in Requiem. Based on what we know of the game so far, these screenshots show Amicia and Hugo in new cities south of France, which is the primary setting of the sequel.

“Far across the sea, an island calls,” an official description of Requiem reads. “Embark on a heartrending journey into a brutal, breathtaking world twisted by supernatural forces. After escaping their devastated homeland, Amicia and Hugo travel far south, to new regions and vibrant cities. There, they attempt to start a new life and control Hugo’s curse. But when Hugo’s powers awaken, death and destruction return in a flood of devouring rats. Forced to flee once more, the siblings place their hopes in a prophesized island that may hold the key to saving Hugo. Discover the cost of saving those you love in a desperate struggle for survival. Strike from the shadows or unleash hell, overcoming foes and challenges with a variety of weapons, tools, and unearthly powers.”

Innocence took place in France during the Hundred Years War – if Amicia and Hugo head south, there’s reason to believe they made their way to Italy, Spain, or Portugal. If they were to cross into Africa, Morocco could be a possibility, too. We’ll have to wait until 2022 to see where we end up in Requiem. One thing is certain, though, regardless of where we go – it’s going to look gorgeous.

While waiting to learn more, check out the Requiem trailer recently shown during The Game Awards 2021.

Are you excited to play A Plague Tale: Requiem? Let us know in the comments below!

A Terminator RTS Game Is On The Way, See The First Battle Against The Machines