Boba Fett Is Now In Fortnite 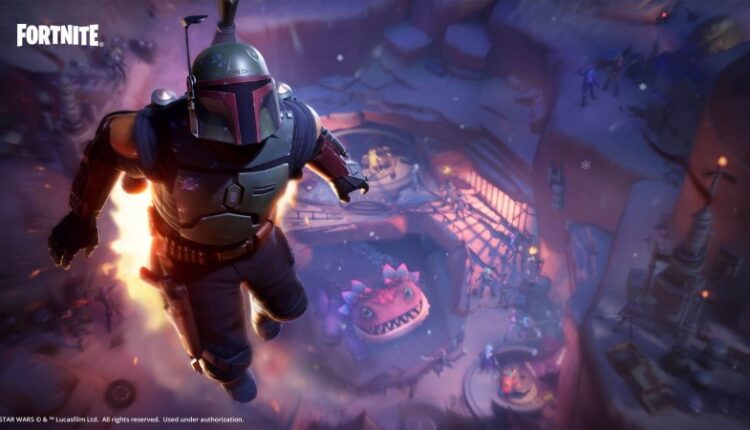 
The Book of Boba Fett arrives on Disney+ on December 29, but you don’t have to wait that long to play as the feared bounty hunter in Fortnite. He was added to the store today, sporting his new look from the forthcoming streaming series.

If you purchase just the Boba skin, you’ll also get his Z-6 jetpack, as well an emote where he using his targeting computer. You can also separately purchase his starship (formerly named Slave One) as a glider, and his gaffi stick as a harvesting tool. You can get everything together in a bundle should you want it all.

Boba isn’t the only Star Wars character in Fortnite today. While it’s a bummer he’s the only new face from The Book of Boba Fett, Epic Games did bring back the previously released imperial storm trooper skin, along with a Y-Wing glider, and a dark side emote.

There’s a chance more characters from this series will appear in Fortnite over time, but for now, we’ll just have to use the new renter of Jabba’s Palace. Unlike Fortnite’s release of The Mandalorian content last year, Boba Fett’s arrival doesn’t add new missions or armor upgrades – it’s just the skin and themed accessories.

Epic updates Fortnite’s store every day with new content at 4 p.m. PT. We’re still waiting for Matrix skins, which we believe will be coming after the recently added emotes and glider, but there’s a chance that’s all we’ll get. Epic may be moving on to Star Wars and other properties in the days ahead. We’ll have to wait to see what comes next.

Telltale Games, Currently Developing The Wolf Among Us 2, Shares 2022 Plans